Anderson Silva Plans To Compete At A BJJ Tournament In Dubai 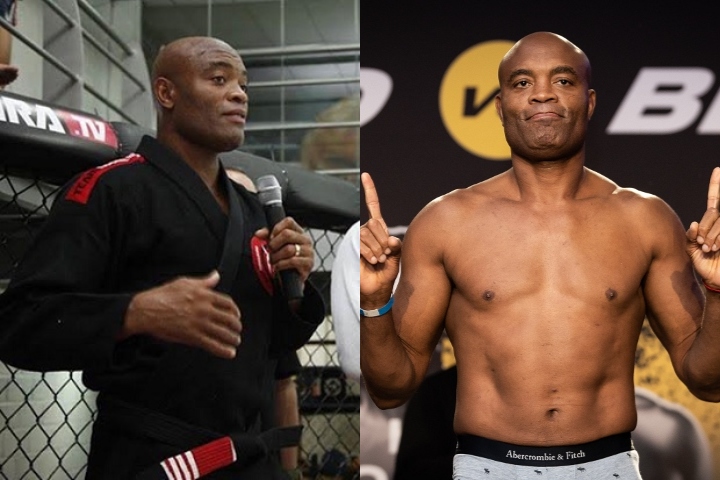 Anderson Silva has parted ways with the UFC back in 2020, but the 47-year old MMA legend is far from retirement.
His next fight will be an exhibition boxing match against Jake Paul, which makes him Paul’s first opponent with boxing experience; as Silva previously fought against and beat the former boxing world champion Julio Cesar Chavez Jr and UFC champion Tito Ortiz.

However, in a recent interview for the MMA Hour, Anderson Silva also mentioned something that will be of interest to the Brazilian Jiu-Jitsu community… As there’s a possibility that he’ll compete at a BJJ tournament in Dubai!
He plans to do it immediately after the bout with Paul:

I’m in control of my whole life, my professional life inside combat sports. I can do anything and nobody can say: “No, you can’t do that. You’re too old to do that.”
This makes me more happy… Now, it’s about the future and my legacy. I continue doing my best in boxing and in different sports, too.

I think after this fight with Jake, I [will] go to Dubai to start training Jiu-Jitsu with my Jiu-Jitsu coach, Ramon Lemos, for a tournament.
And I am so excited to continue fighting, to continue putting my heart and training to test myself, my mind, my body.

I can’t talk [about the BJJ match] now because it’s a secret. But yeah, I go fight with the gi very, very soon.