Anderson Silva On Chris Weidman Rematch: “All the provocation, hands down… It should continue, it’s part of the show” 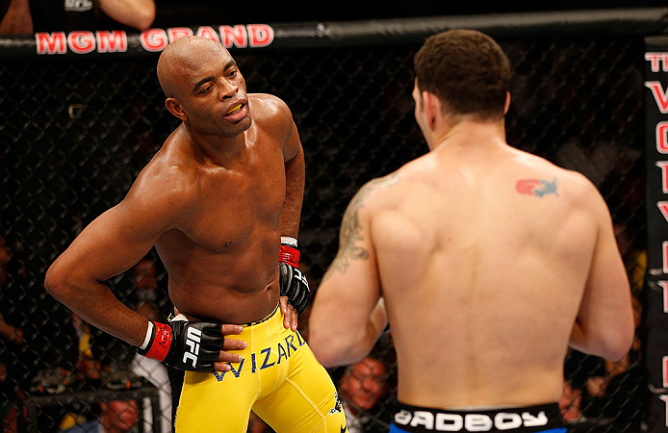 The rematch is set for December 28. Anderson Silva says that he made some mistakes during their first encounter but says that he will continue to provoke his opponent since that is part of his game.

Anderson said in a Sunday interview on Brazil’s Globo TV:

“If Muhammad Ali came up saying I wasn’t humble, then I’d think if I was humble or not. “There was no lack of respect. I respect everybody. All the provocation, hands down… It should continue, it’s part of the show”

“Nobody likes to lose,” Silva said. “I train four months to win. But you end [up] learning with your mistakes, and I learned the worst way possible. After everything that happened, we calm down and I realized I had something to question, even question Anderson Silva. I lost to myself, and that’s the worst loss. Losing by knockout shakes you, [it] will be in history, but will leave a lesson.”

“Everybody has to retire, but it’s not my time yet,” Silva said. “I’ll get a rematch. Chris gave me this opportunity and we’re fighting again. That’s another chance to overcome, reinvent myself as a person and athlete.”