Aljamain Sterling: “If You Think Anyone Can Pick My Ankle, You Don’t Know Sh*t About Wrestling” 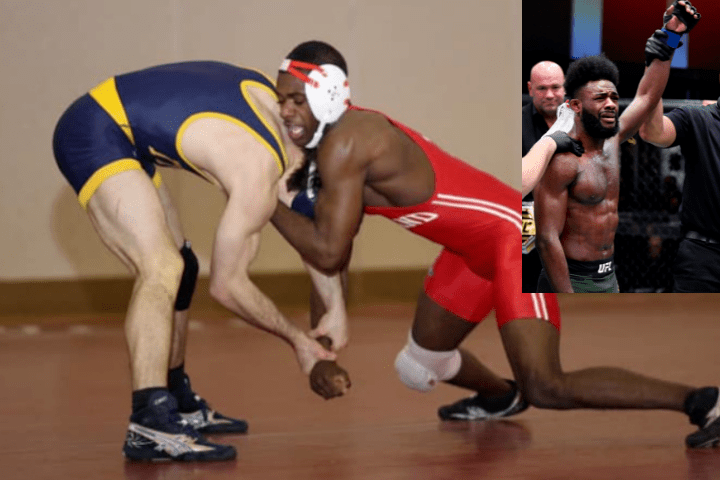 Aljamain Sterling, UFC’s current Bantamweight champion, is currently recovering from a neck injury. But, given the fact that Petr Yan fought and defeated Cory Sandhagen for the division’s interim belt, Sterling will once again have to face Yan for the title fight… Who he initially won against in their first title match!
With that said, Sterling is facing a lot of criticism for the way he won that fight (via disqualification) and his wrestling skills. He replied to those criticisms on a recent episode of the “MMA Hour”:

What I heard people saying is: “Oh, Yan was able to wrestle-fu*k Sterling, so he’s gonna be able to do the same thing to Cory.” I’m like, if you’re using that fight with myself and Yan as a rubric to see where Petr Yan’s wrestling is at… You are so far off that it’s not even comparable.
If you think anyone can pick my ankle and I just fall on my butt like that and do a freaking turtle dance on my butt like I’m breakdancing… Like I said, that was the worst performance of my life. The worst way I felt going into a fight.

Sterling is a former Division III All American wrestler, and so has a strong background in the sport:

And again, if you think that’s a real assessment of my wrestling abilities… You don’t know sh*t about what you’re watching, And if you think all the other wrestling exchanges that Petr Yan has, that’s what trumps that; then you don’t know the sport.