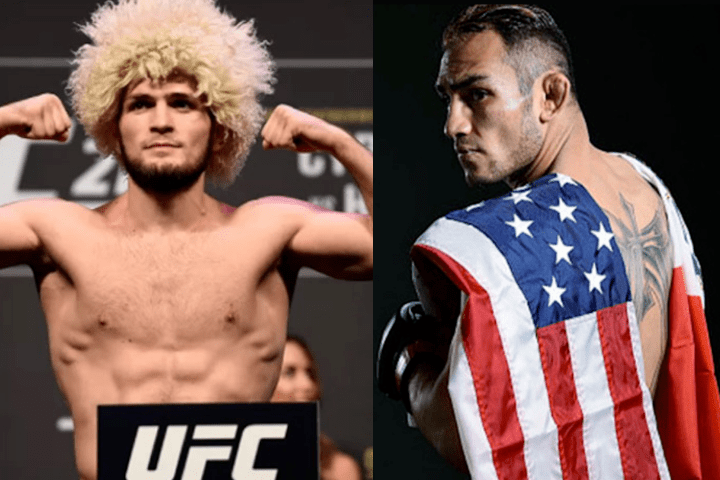 Tony Ferguson hasn’t had it easy in the last couple of years. His UFC career started turning for the worse after losing to Justin Gaethje; and, at the present moment, he isn’t a title contender anymore… With his return to the cage remaining uncertain.
However, a lot of MMA fans are still aching for the “Bout That Never Happened”. You know which one – the one between Ferguson and Khabib Nurmagomedov.

There was a lot of speculation of the two squaring off in the octagon back in the day, but those speculations never came to fruition. And the chances of them ever doing so are extremely slim; especially considering that Nurmagomedov has retired after his father, Abdulmanap Nurmagomedov, has passed away.
Khabib stayed active in retirement however. He purchased the Eagle FC MMA organization and is embarking on a lot of entrepreneurial journeys with each passing month.

So, an MMA fight between Tony Ferguson and Khabib Nurmagomedov will likely never happen. But what about a grappling match?
Yup, you’ve read that right. Ali Abdelaziz, who is the Nurmagomedov’s manager, sent out a “serious” offer to Ferguson via Twitter:

@TonyFergusonXT what do you think about doing a grappling match with the Eagle in the future? I’m not picking on you, I’m serious. @TeamKhabib

It is still unknown whether Tony and his manager(s) are regarding a grappling match against Khabib as a possibility… But if it were to happen – it would be one of the biggest things that the MMA and grappling community have ever witnessed!