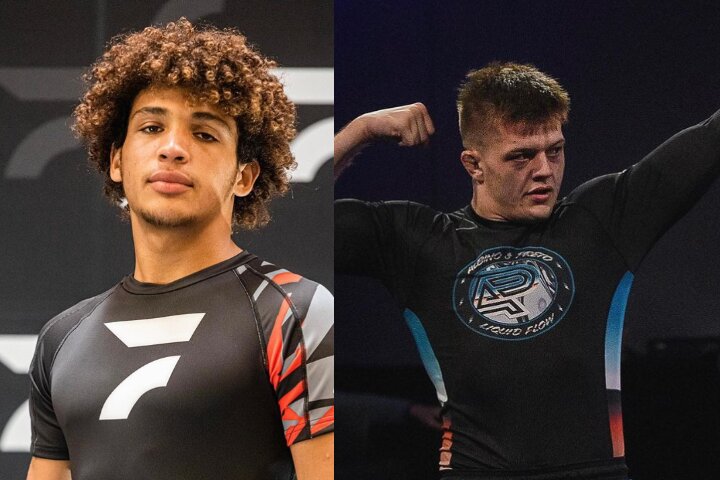 ADCC East Coast Trials is just 8 days away from now! The organizers are slowly announcing elite-level competitors who’ll be sharing the podium, and now that’s been the case with the -77kg and -88kg division as well.

The -77kg division has more than 200 people competing in it, but among them is also Kade Ruotolo – perhaps the favorite for winning the gold. He recently won the WNO Championships belt by beating Diego “Pato” Oliveira, Josh Cisneros and Gabriel Sousa, respectively.
William Tackett and John Combs are featured as well. Tackett has been competing extremely frequently this year and has developed a proficient Leg Lock game; whereas Combs is known as the 2019 ADCC West Coast Trials champion who also plays an endearing Leg Lock system.

Kody Steele is Tackett’s teammate, as well as another competitor in the -77kg division. He defeated Edwin Najmi at Third Coast Grappling and Philip Rowe at WNO.
Also, Jon Satava – a 2018 Trials winner – is returning fresh to competition this year, whereas PJ Barch competed at the Emerald City Invitational earlier this year; winning the title by beating four opponents.

The -88kg division is no less exciting than the -77kg one. Jacob Couch is one of the competitors that fans are looking forward to watching compete most. Even though a brown belt, he has beaten Roberto Jimenez and William Tackett (both elite-level black belts) and secured a bronze medal at WNO. He is also a winner of the 2021 No Gi World Championship at the brown belt level.
Elder Cruz won his match against Couch at WNO earlier this year, and is also a brown belt – both a No Gi and Gi world champion.

To top it all off, John Salter is a Bellator middleweight fighter who won the East Coast Trials back in 2017; whereas Alec Baulding is a 2018 Trials winner himself.