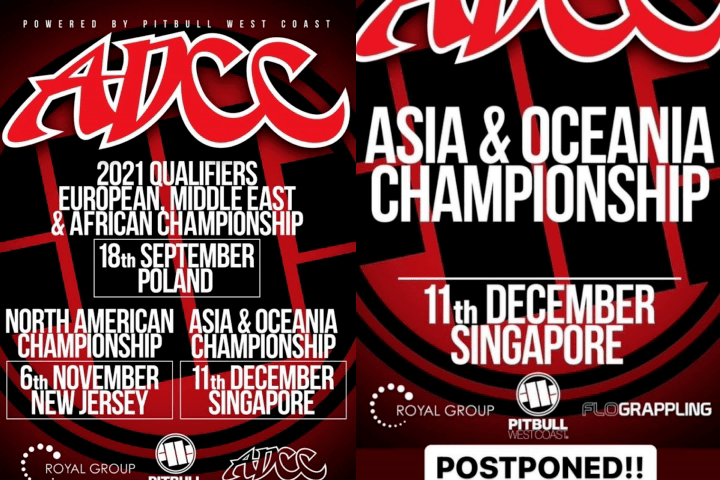 Even though the BJJ competitions have picked up steam in the recent months, some disappointments still happen. And the newest one comes from Singapore – as it’s just been announced that the ADCC Asia and Oceania trials tournament will be postponed until next year.
This came to be as a result of the challenges that the Coronavirus pandemic has been posing for the past year. So, that means that the Asia & Oceania trials will take place only at the end of the eight other trials, some time during Spring 2022.

Given the fact that the ADCC World Championships have already been scheduled for September 17 and 18, 2022, in Las Vegas – the abovementioned news mean that there are only eleven months left to compete at the remaining seven trials events.
Why seven? Because the first one already took place in September this year. It featured exciting matches, displayed by athletes coming from Europe, North Africa, and the Middle East – with five athletes securing their place at the ADCC.