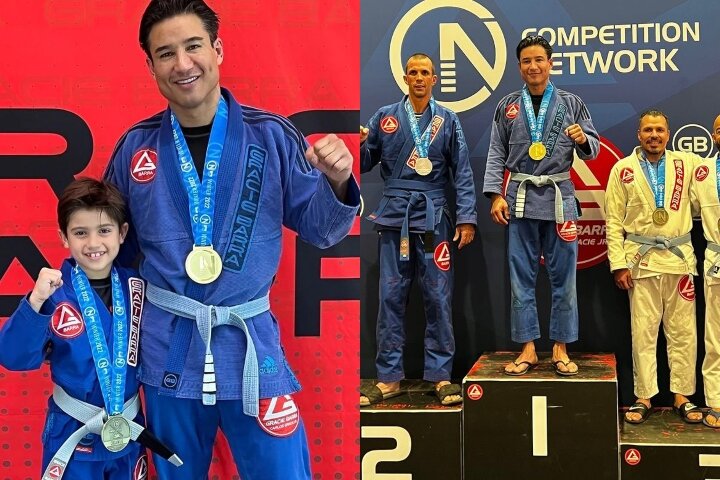 When it comes to Brazilian Jiu-Jitsu, there’s no denying its effectiveness; no matter who you are, if you train, you will become good at it. It’s just a matter of commitment, effort, and time.
Mario Lopez – actor best known for his A.C. Slater role in “Saved by the Bell” TV show – understands that all too well. Now a 4-stripe blue belt, he’s recently competed at a BJJ tournament side-by-side with his son… And won it!

Here’s what he had to say after winning:

When your son asks you to compete in the same tournament as him, you do it. You’re never too old to challenge your yourself & set goals…
Thank you to all the homies who helped get us ready!

Praise for Lopez came from Gordon Ryan himself, who expressed regret for never competing with his father:

If there’s one thing I wish I could’ve done with my dad it’s compete in the same tournament as him. Mario Lopez called me a few weeks ago and asked what I thought about him jumping into a competition his son asked him to do.
I told him “why not?”. He does this for fun anyways so it won’t matter whether he wins or loses. What I didn’t tell him is that this is something that every single kid will remember forever if they get to experience it.

I know I didn’t forget the fact that Big Gord was at almost every single competition I had. This is gonna be a moment to look back on… And he f*cking KILLED it from what I’m seeing and even went down 10 years in age division.
Imagine going home to your wife and telling her you got beat up by Mario Lopez? So happy for this man.