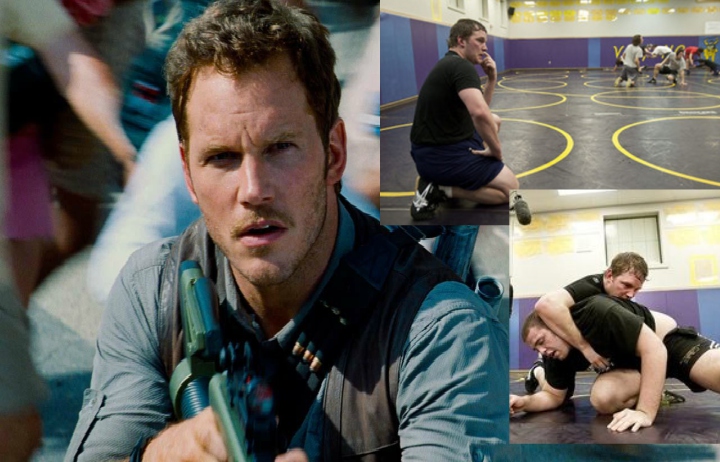 Actor Chris Pratt has a wrestling background. He actually wrestled for 1o years.

Christopher Pratt came to prominence from his television roles, including Bright Abbott in The WB drama series Everwood and Andy Dwyer in the NBC sitcom Parks and Recreation. His early film career began with supporting roles in such mainstream films as Wanted, Jennifer’s Body, Moneyball, The Five-Year Engagement, Zero Dark Thirty, Delivery Man and Her.

Pratt was raised in Lake Stevens, Washington, where he placed fifth in a high school state wrestling tournament. His wrestling coach asked him what he wished to do with his life, and Pratt recalled: “I was like, ‘I don’t know, but I know I’ll be famous and I know I’ll make a s- ton of money.’ I had no idea how. I’d done nothing proactive.”

Pratt is still very active in the school to this day. Since graduation he has produced and narrated a documentary for the school’s successful wrestling team. That documentary went on to premiere at ESPN’s film festival, and later MTV’s True Life. It’s incredibly well done, and you can watch it here.

Josh Barnett wrestled in the same regional tournaments as Pratt and was from the same generation: