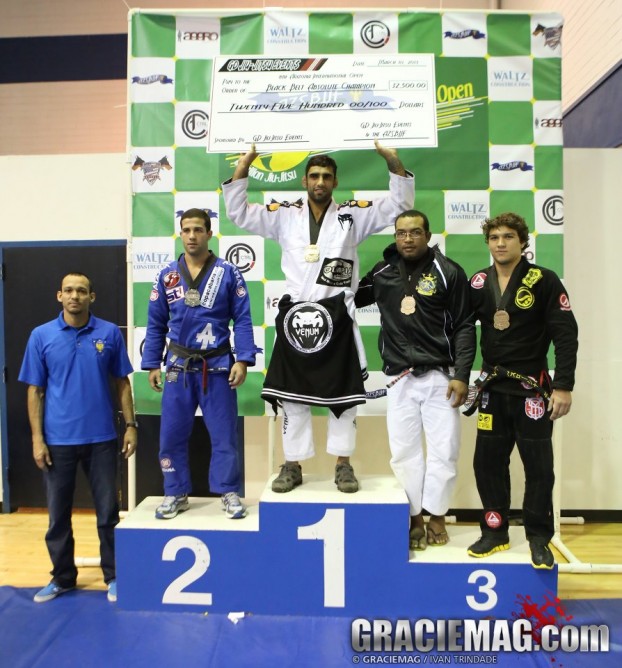 Leandro Lo continued on his winning way with taking double Gold at the Arizona Open. The Cicero Costa black belt has been training with Caio Terra for the past few weeks in California and came to Arizona with a clear Goal: the win the absolute and and pocket the $2,500 prize money. He choked out John Carlquist in the first fight of the middleweight division and then faced Lucas Rocha in the final of the division and got another choke.

In the absolute, he re-encountered Lucas Rocha and beat him convincingly 14-0. In the final, a familiar opponent stood in his way: Augusto “Tanquinho” Mendes. This was their 5th face off in the past years. It was a fast paced match. The score went 4-0 with another sweep and Lo managed to defend the lead until the end.

Another star to stand out was UFC Lightweight champion Ben Henderson, who took double gold at brown belt.

“It’s great to test myself here, where there isn’t million of people watching. It helps me to keep my drive and my competitive spirit going”, said Bendo. He beat  Christian Broadnax.