8 yr Old Brazilian Boy Sells Candy in the Street & Collects $1,300 To Compete in the United States 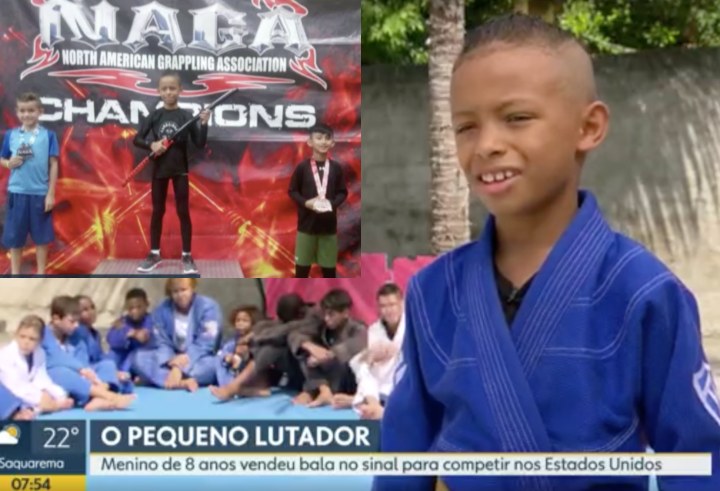 To achieve the dream of participating in a BJJ competition in the United States, little eight year old Enzo Simões sold candy at Niterói traffic signs with his family for three months.

After that period, they managed to raise 5,000 Brazilian reals (1,300$) and friends and family donated more money which meant that in February, Enzo packed his bags and went with his mother and brother, who also practices jiu-jitsu, to California. 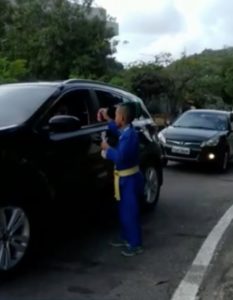 “I had never been on a plane before. I really enjoyed the adrenaline, the huge airplane, “said the little athlete to Brazil’s Globo. 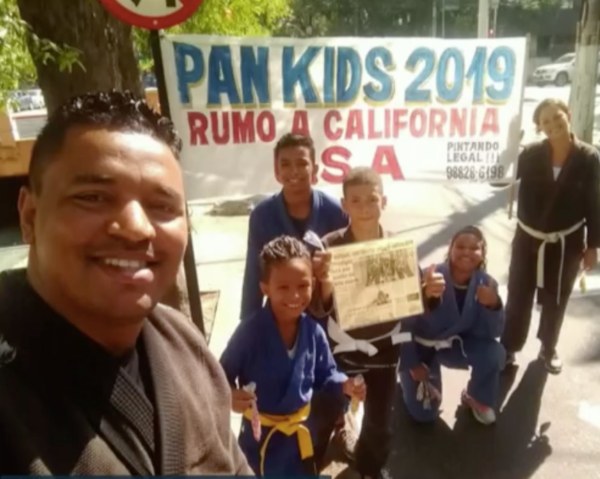 In the United States, Enzo was brilliant. He participated in three competitions and won many medals. In one of them, the talent of the little fighter was put to show in the final match Result: first place in two categories.

“I think about doing my game. I think of everything we went through to get there, in all the difficulties, all the things that we have been planning to get there and make a good fight. ” 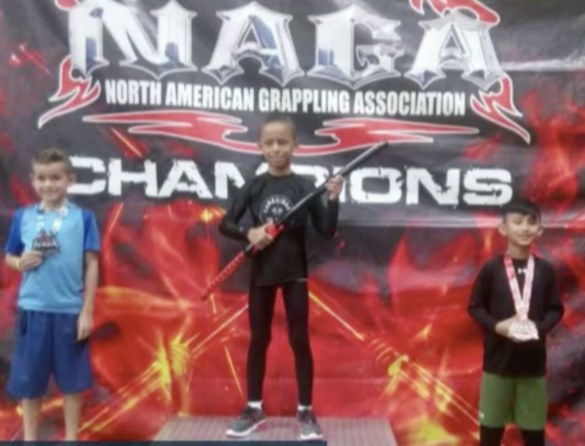 Even so young, Enzo is already sure where he wants to go:

“My dream is to fight in the UFC,” says Enzo.

The small athlete is still very young for the UFC, but is also determined and will not give up the dream.

After he returned to Brazil, Enzo’s focus continued. In the backyard and under strong sunshine, they spread a mat and train with the children in the neighborhood where they live with the help of a teacher.

“Now my dream of fighting in the United States has been accomplished, we are trying to go to the European kids championship. My dream is this, “he said.