6x BJJ World Champ Michelle Nicolini: “I Will Switch To MMA After ADCC 2013.” 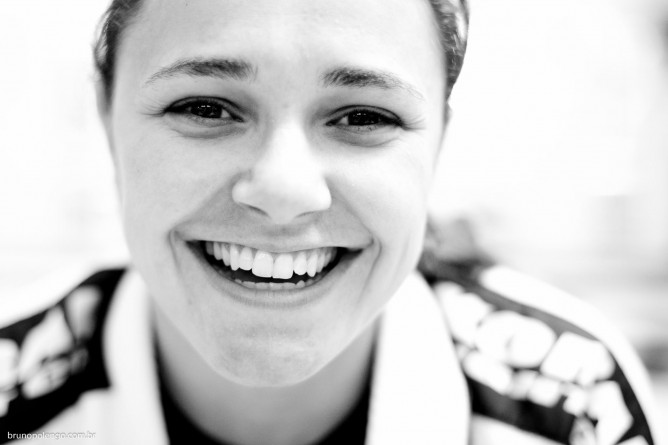 At age 31, Michelle Nicolini has had a solid and successful career in Jiu-Jitsu. However, the black belt did an MMA fight in 2011, and took a liking to it. She plans to resume her focus on mixed martial arts soon.

The athlete from CheckMat talked about the possibility of fighting again and believes that after November, the month of the ADCC, she will change the course of her career.

“I think after the ADCC give an emphasis on MMA. I intend to fight this year. I had some opportunities for this month, but I was traveling a lot. I really have to focus. After ADCC,’ll prioritize again. I think of moving from Jiu-Jitsu to MMA, yes, despite that Jiu-Jitsu will always be with me. ”

She also commented on Ronda Rousey fighting in the UFC and praised the bantamweight champion  finishing opponents with the armbar.

“Ronda is tough. Before I thought that she was only famous because of marketing, but I watched some of her fights and saw that she really is very good. However, an adversary of her level needs to be found. She is at the top because she has a great arm-lock. “