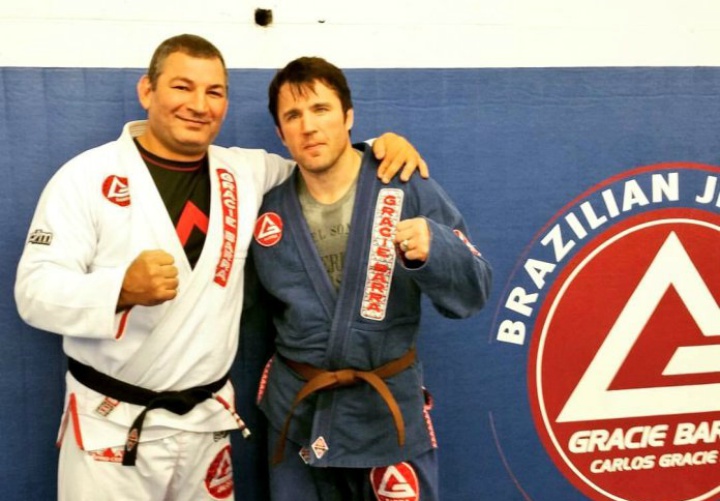 Chael Sonnen has been promoted to brown belt in BJJ by his instructor Fabiano ‘Pege Leve’ Scherner, after having spent 3 years at purple belt. During this time at purple belt, he competed multiple times in No Gi grappling superfights, having drawn with Babalu Sobral at Metamoris 6, drawn with Michael Bisping, defeated Leo Vieira.

3 years ago, Sonnen had been promoted straight from white belt to purple belt by Scherner which raised a lot of criticism from BJJ purists. When asked why he did that, the instructor told Brazilian website BJJ Forum :

” Sonnen is already training Jiu Jitsu with me for years, since the days of Team Quest, but no gi. He started to train in the Gi three months ago, and wants to compete in official IBJJF No Gi championships  and, therefore, it must be promoted to the right belt level. And for what he shows on the mat at my gym, with and without the Gi, he is on the level of purple belt. The belt to which he was graduated has nothing to do with his performance in Metamoris or MMA, but what it shows on the mat at my gym . ”

Here is a very cool video of Chael rolling with his instructor and breaking down the rolling session: