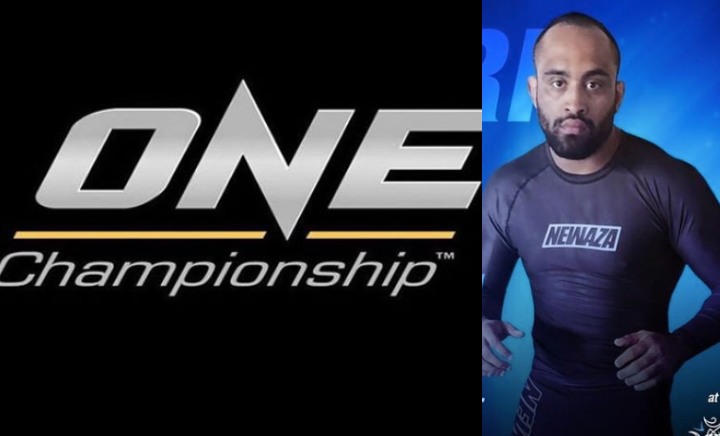 Yuri Simões, two-time champion of ADCC (the biggest grappling tournament in the world) and two-time world champion No-Gi by IBJJF, among other great titles,  is ready for a new challenge in his martial arts career. The Jiu-Jitsu black belt, currently 30 years old, will make his professional MMA debut next Friday the 13th, at the ONE Championship card “Inside The Matrix III”, which will be held in Kallang, Singapore. The Brazilian’s opponent will be the Chinese fighter Fan Rong, in a fight in the middleweight category.

Currently living in the United States, Yuri Simões joins a select group of fighters who have transitioned from Jiu-Jitsu to MMA in recent years, such as Rodolfo Vieira (who currently fights in the UFC) and Marcus Buchecha, who will also make his MMA debut for the ONE Championship, with no date and opponent confirmed by the Asian organization.

“I always say that I have been preparing for this moment (MMA debut) all my life, and when I look back, I realize that everything I accomplished in Jiu-Jitsu and grappling was just to prepare for this new chapter. It’s time to use my Jiu-Jitsu in the most realistic fighting format that exists in combat sports. As a true black belt, I learned all the fundamental aspects of Jiu-Jitsu, not only as a sport, but as a martial art. Don’t get me wrong, I love Jiu-Jitsu competitions too, but I just think that Jiu-Jitsu is much more than a sport, it is undoubtedly the most complete martial art there is. I always wanted MMA to be my destination, so I see this transition to MMA as one of the biggest challenges of my life, and I am very grateful for the opportunity to debut in an organization as incredible as the ONE Championship. I was born for this ”, said Yuri Simões, in a statement to the FloGrapping website.

ONE Championship “Inside The Matrix III”
Kallang, Singapore
Friday, November 13, 2020