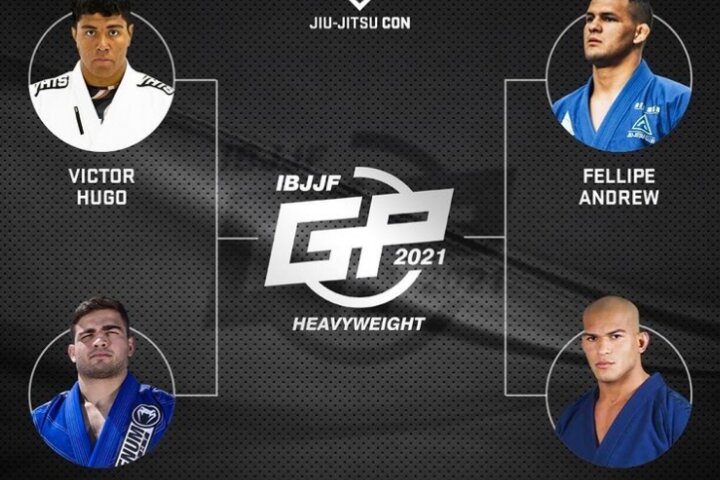 From November 10 to November 13, the IBJJF Jiu-Jitsu Con will take place in Las Vegas; with the last day reserved for a pair of grand prix tournaments – each carrying a $20,000 prize.
After announcing the middleweight division earlier in October, the IBJJF announced its heavyweight grand prix competitors as well:

Who will take the $20K prize? There’s no telling, as all athletes are known for their skill, strength, and explosiveness. For example, Fellipe Andrew is deemed as the top adult black belt competitor in the world by the IBJJF. Most recently, he won double gold at this year’s Pans; where he’s won via points against another competitor of the grand prix – Gustavo Batista – in the absolute division.
Batista, on the other hand, is one of ATOS Jiu-Jitsu’s top competitors, who was a world champion back in 2018 and who’s won three Pans championships himself.

Victor Hugo, a Six Blades Jiu-Jitsu representative, is a 2019 No Gi Pans and 2021 Pans champion. Similarly, the last BJJ veteran competitor on this IBJJF heavyweight grand prix is Mahamed Aly; a 2018 world champion who holds a win against Batista, as well as a loss against Andrew.
It’s set to be an exciting grand prix to say the least!