2011 No Gi Worlds Champ Lucas Leite Waiting For ADCC Invitation: “I Know That I Can Go For In That Tournament.” 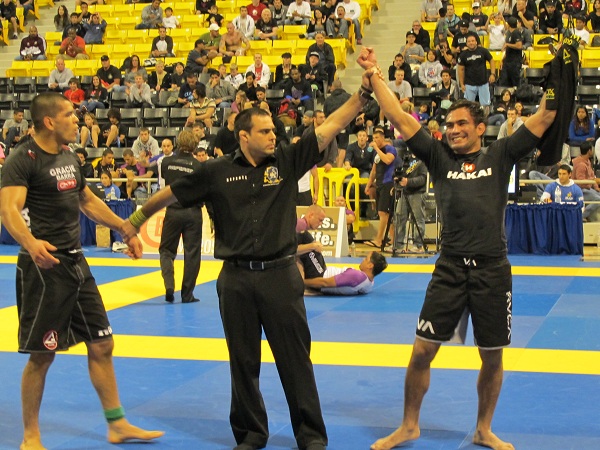 After the first part of the year, in which he reached the finals of IBJJF worlds in heavyweight and was beaten by Rodolfo Vieira , Lucas Leite now focuses on series championship of No Gi championships. The focus of the black belt is to get an invitation to the ADCC , which will be held on October 19 in Beijing, China.

“My dream is to participate in the ADCC. I could not fight the trials here in the US, because only U.S. citizens can participate and I’m just a resident. I really wanted to go and I know I can go far in the ADCC, “he said in an interview with tatame.

Leite, was world champion in the middleweight in 2007, when he closed his division with his ten Brasa teammate Andre Galvao in the finals. He also won the No Gi worlds in 2011 in the heavyweight division even though he is a natural middleweight. He is at the moment training with the biggest name of the gentle art: his personal friend, Marcus Buchecha.

“I’ve been raining with Buchecha since 2009, when he came to fight the worlds as a purple belt and in 2011, he came to live at my home. The great thing about training with him is that, beyond being strong, he is very fast and with great gas. That way you are prepared to fight anyone. “