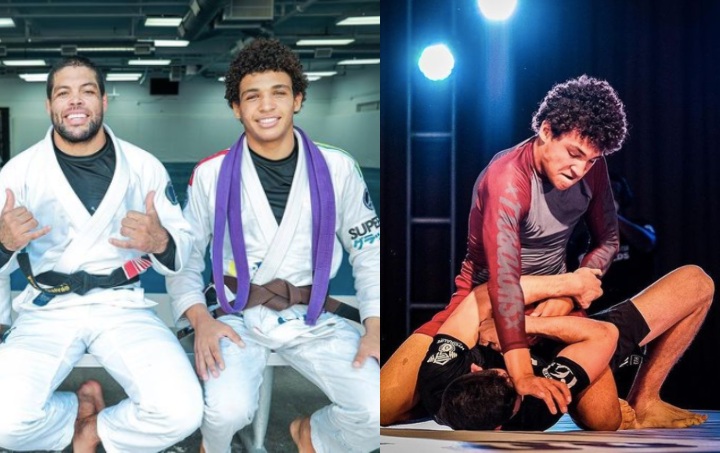 Kade Ruotolo, the 17 year brown belt under Andre Galvao has just announced that he plans to have an MMA debut in 2021. This didn’t come out of nowhere as last month, he made headlines winning the Combat Jiu-Jitsu world championships beating Laird Anderson, Danny Collazo and Jordan Holy at the start of the tournament, and then in the CJJW finals, he faced 10th planet black belt and All-American wrestler PJ Barch and choked him out with a rare ‘Buggy Choke’.

Kade and his twin brother Tye are two 17 year old brown belts under Andre Galvao and they have been training since they were just four years old. The twins, Kade and Tye have been beating adult black belts in competitions ever since they were blue belts.

Kade recently answered a question on his IG, and stated that the MMA debut would be in 2021. 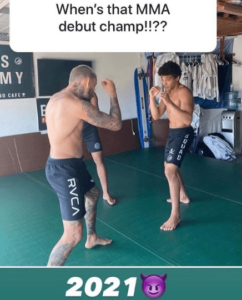 Kade will join his teammates from Atos that are focusing on MMA:  Andre Galvao, Lucas ‘Hulk’ Barbosa and Kaynan Duarte.

The most dynamic up-and-coming brothers in Brazilian Jiu-Jitsu Kade and Tye Ruotolo teach the Darce choke series they have used to compete at the highest levels of grappling. 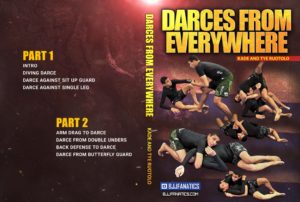