You’ve Never Learned Leglocks Before? This Is How To Start 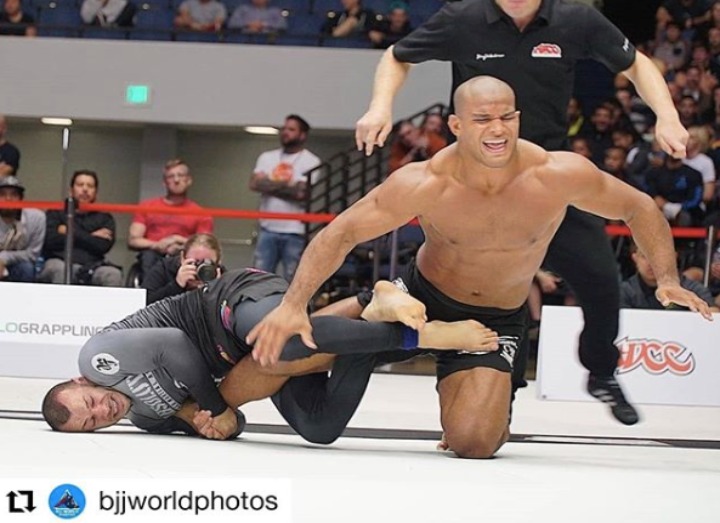 So you’ve never learned Leglocks before, haven’t you? It may have been because your academy is more „traditional“ in that sense – or, quite simply, because you were a new white belt that should focus on other submissions instead. Be it what it may be, now the tables have turned and you can finally enter the phenomenal world of Leglocks! But you may be a bit unsure of yourself… Just how are you supposed to start out?

Here is a short, but helpful guide for your newly discovered Leglocks journey. Follow it, and Leglocks will become a great (and perhaps favorite) part of your BJJ arsenal.

For a lot of people, Leglocks sometimes carry a sort of a stigma with them. They are either frowned upon, for they are regarded as „dirty“ techniques (such as the case is with Wristlocks in some instances). Other times – and arguably, much more frequently – they aren’t practiced due to the fear of injuries; most prevalently at a white belt level and because of some really gruesome injuries seen online, due to Heelhooks.

So, the first and most important thing you have to understand is that Leglocks are a submission just like any other. Why frown upon them? They are often used at top-notch competition levels.
And secondly, you do not need to fear the Leglocks. Is there a chance for injury? Yes, there is – but so is the case with almost any other submission you can think of. It all comes down to how efficient you are with your escapes and to whether you tap on time or not… Which is the next major point.

LEARN HOW TO DEFEND AND WHEN TO TAP

With the stigma out of the way, let’s learn submissions last and figure out how to defend first. By knowing how to defend Leglocks, you won’t find yourself in situations where you’re afraid of attempting one – all because your opponent/training partner may go for one later on themselves.

Begin by learning about the different types of Leglocks; Straight Ankle Locks, Kneebars, Heelhooks and Toeholds. Once you’ve figured out how each one of these looks and is applied (roughly), you need to proceed towards learning how to defend against them. Ask your coach to show the escapes or look them up on Youtube. Start out slow, with your training partner applying the submission faster and stronger only after you’ve gotten used to escaping from it with less intensity beforehand.
There is no need to rush whatsoever. One escape at a time, and you’ll get a hang of them.

Also, keep in mind that you need to tap on time. For example, here’s Lachlan Giles explaining when to tap to a Heelhook:

Okay, once you learn how to defend from Leglocks and aren’t afraid of them anymore, it’s time to start practicing submissions. Start out slow, as you did with the defense, with one tap at a time and a trusted training partner. Be careful; don’t come even close to cranking a submission and let go of it as soon as your training partner taps.
If you’re doubting whether or not your partner should tap (because you think that there’s a lot of pressure from the submission hold), let go of their leg. Then ask them if it was justified; if it wasn’t, you’ll have learned that you should apply the technique better.

All in all, from this moment on you can enjoy yourself! Leglocks are a universe in and of themselves, and once you start practicing them… A whole wide world will unravel in front of you.