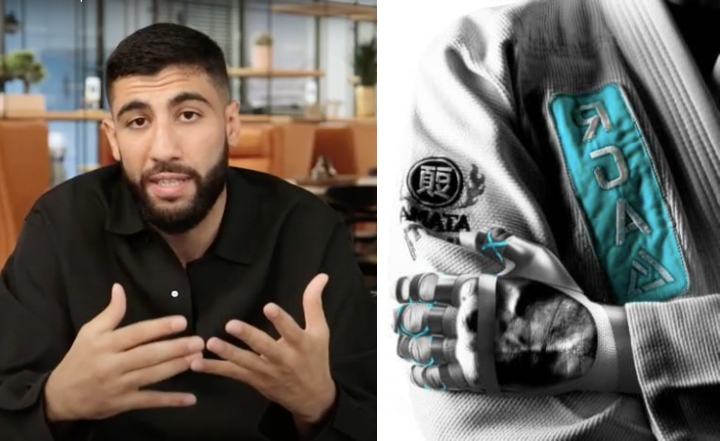 In brazilian jiu-jitsu our hands often take the brunt of the action. Especially for those of us who are gi fans.

Often times an athlete will lose a significant percent of usage of his hands. Keenan Cornelius famously admitted:

Coming up on a decade of Jiu-Jitsu, these hands have taken a beating. I would say I’ve lost about 20% of the mobility in my fingers. I can’t make a closed fist anymore which has forced me to use bas rutten open palm self defense strikes when things go sour in the streetz. I spend about 60 dollars a year in tape (buying in bulk) multiple sprains, an evulsion fracture and countless torn knuckles. I’m proud of what they have become, gnarled claws from 10 years of choking and gripping and grasping. Here’s to the next decade of mangled digits.

This lead Ashkan Joshghani, a graduate student in veterinary medicine at Ghent University, to pursue his dream to develop a new type of sports glove – one that would render athletic tape redundant.

The glove was to be:

Exoligamentz is a finger-protective sports glove which includes distinctive joint protection techniques resulting in a new concept of a functional orthosis. Its unique design strives to restrict abnormal motion while maintaining functional movement of the athlete’s hand. It will function as a possible alternative for the common taping approach which has various limitations.

This new type of glove may impact various markets and end-users (e.g. orthopaedic market). However, the focus is on injury prevention in those sports where gripping is often causing finger and hand injuries (e.g. combat sports such as Brazilian Jiu-Jitsu, Judo, etc. and ball sports). 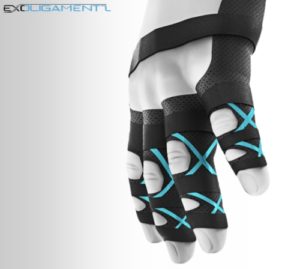