Xande Ribeiro: ‘Roger Gracie & Me Have A Similar Fighting Style’ 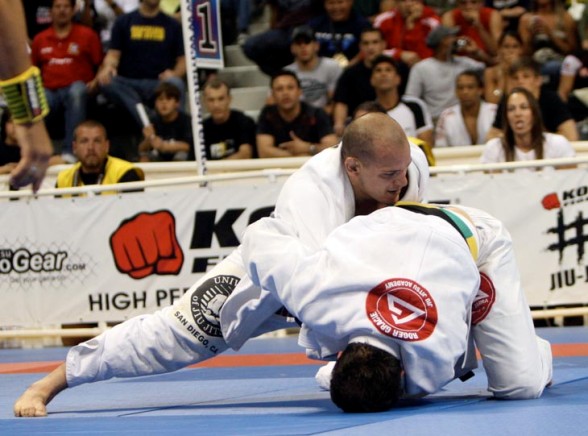 Choosing the greatest fighters in the history of Jiu-Jitsu is no easy task.

In an interview with tatame, the five times World Champion Xande Ribeiro had a hard time to choose just 5 names.

“I want it to be clear that it is impossible to list only five. That’s bullshit (laughs) “

“It’s not because he’s my brother, but I think what he did is hard to beat. He was world champion six times. Even today he shows that he was really the best. ”

“Our personality is very much alike when fighting. Our style is a basic and efficient Jiu-Jitsu, and this is exactly what my brother and I always try to pass on to our students. It is a correct Jiu-Jitsu, positioning and finishing. ”

“He’s a guy who throws, passes, submits, and has a very strong guard. He once had 12 fights in a day and kept going. He inspired me a lot in Jiu-Jitsu. He has a forward going style ”

“He had a phenomenal talent. He always pushed the pace all the time. He revolutionized Jiu-Jitsu. He had a huge cardio, put his hand on the collar and strangled everyone. When he caught the arm, it was beautiful to see. He never had an ugly fight. ”

“He was a genius. A fantastic guy. This modern Jiu-Jitsu, he was already doing it a long time before. He fought under, over, had takedows, did the guard hook … He’s the most versatile guy I’ve seen in Jiu-Jitsu, was adapted to any situation. ”