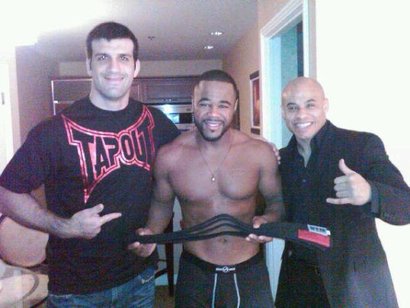 Six times World Champion Xande Ribeiro is firmly against BJJ instructors promoting MMA fighters without prior experience in Jiu-Jitsu, straight to black belt. This is getting more and more common with examples of Rashad Evans, Wanderlei Silva, Stanislav Nedkov, Daniel Cormier (straight to brown belt) and many more.

In a interview with tatame, Xande Ribeiro criticized MMA fighters who receive a black belt without in depth knowledge and experience in Jiu-Jitsu:

“I find this a little embarrassing. It’s a joke! You shouldn’t give a black belt just because the guy is tough. You have to respect the master and your companions. Many people get the black belt to open affiliates of an academy, and that is unacceptable. Another thing that makes me angry is seeing an MMA fighter getting a black belt. MMA is not Jiu-Jitsu. You have to know how to use the Gi, must have commitment to Jiu-Jitsu and your master. Tell him to show a spider guard, a sweep … Who does that is only thinking about fame and money. I’ve trained and tried hard to get a black belt. I’ve Been loyal to teachers and training partners. Jiu-Jitsu is one thing; MMA is another. Respect the art. “ 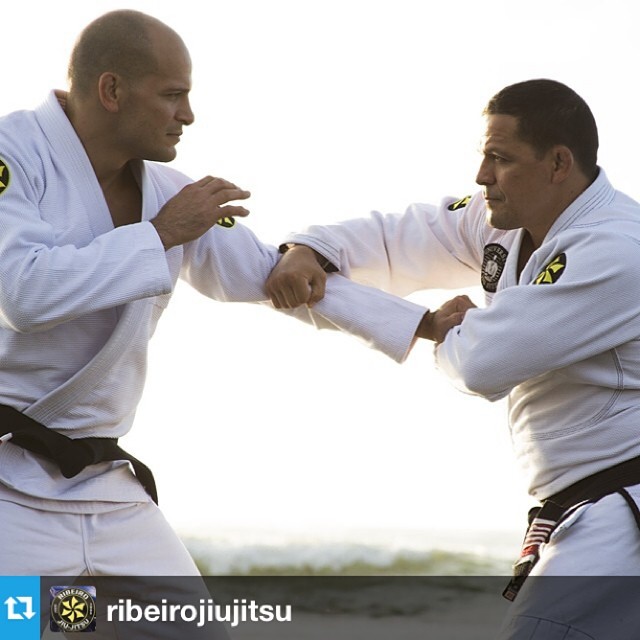 Xande’s master, Royler Gracie had this to say a few years ago when MMA fighter Rashad Evans got promoted straight to BJJ black belt by his nephew Rolles Gracie. He received the black belt in ‘gi-less Jiu-Jisu’ even though he has never trained in the gi:

“Everyone has their own criteria for giving out belts, who am I to criticize someone who is giving out belts? My principles are that the person needs to have a knowledge of self defense, a basic knowledge of Jiu-Jitsu, of the ground, know how to apply a submission with the gi, pass the guard… It doesn’t matter if the guy is tough, because a guy who is only tough does not represent the “finesse” of Jiu-Jitsu. Not that he doesn’t have the conditions to use it, he has the conditions to use a belt. Rashad is the type of guy that can use any belt, he is a “native” tough guy, he trains but he trains without the gi… Who am I to take his belt away? Rolles is the one that gave it to him, I’d endorse it but if he came to my academy he’d need to train with the gi. But I do not challenge [the decision], I am far from challenging that.”

Fortunately there are also BJJ coaches that look after MMA fighters, that do not want to fast track the promotion. Fabio “Pateta” Prado is a BJJ black belt the coach of Urijah Faber and Joseph Benavidez at team Alpha Male in Sacramento. He had told MMAfighting.com how he wouldn’t promote Faber to black belt if he beat Renan Barao by submission (He lost by TKO), unless he trained more in the gi. Faber is a brown belt (was promoted top purple in 2010, then brown in 2011) and has defeated numerous BJJ black belts in MMA:

“No I won’t promote him yet, no way. We need to adjust some details with the gi. He needs to train with the gi, and he hasn’t been doing that much lately because he fought a lot last year. But when he returns to train with the gi he’ll receive the black belt, he knows that. Some guys here in the USA that teach for four years and have a lot of black belts. 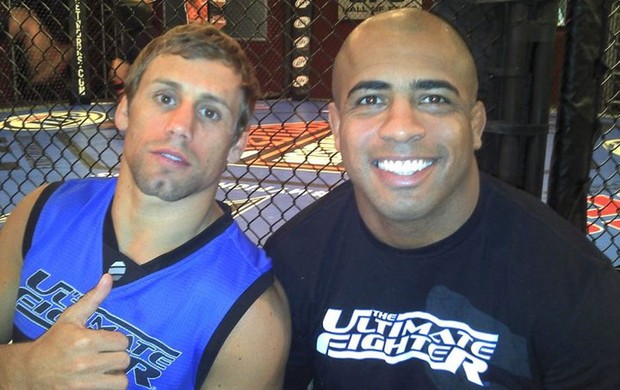 “Some Checkmat guys are giving belts too quickly. If you ask those guys, Cormier won’t know how to score a jiu-jitsu fight. How are you going to promote a guy this way? I think it’s a shame you promote a guy to black belt and he doesn’t even know the rules. I’m pissed off with that. I don’t know if the coaches just want to be seen. Here in the U.S., there are a lot of guys promoting students via internet. I can’t understand it. My student Joseph Benavidez is a white belt in jiu-jitsu, and he has defeated five black belts in jiu-jitsu: Wagnney Fabiano, Rani Yahya, Jeff Curran, Miguel Torres and Jussier Formiga,” he said. “But if you ask him what’s a lapel choke, he won’t know. And you ask me why he’s still a white belt. To receive the black belt, you need to know the positions, the origin of the fight, how to do the proper grip at the lapel, hip escaping. There’s no reason to promote Faber to black belt if he can’t teach you a loop choke. That’s the reality of jiu-jitsu. Whenever he has the opportunity he puts on the gi and trains. That’s important.”