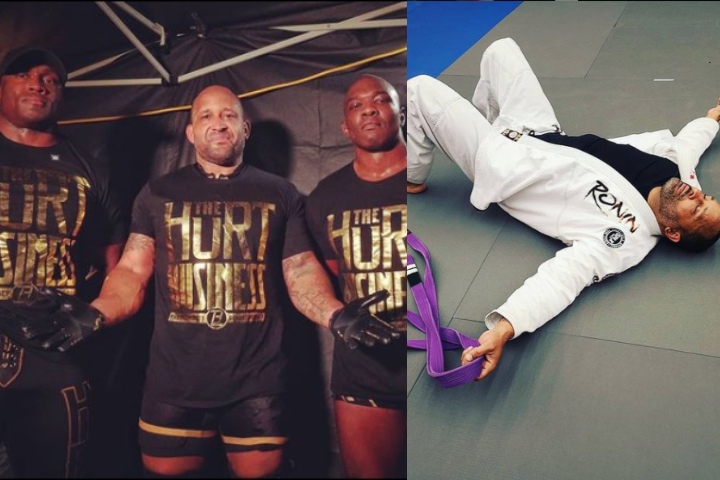 He was then promoted on the podium by his instructor:

MVP who is 47-year-old trains at Houston’s Gracie Barra Champions academy. He has competed numerous times in the past in BJJ competitions. He has has been a pro wrestler since 2002. He wrestles in the WWE and has had runs with New Japan Pro Wrestling and TNA.

Brock Lesnar Promoted to Blue Belt in BJJ By Comprido 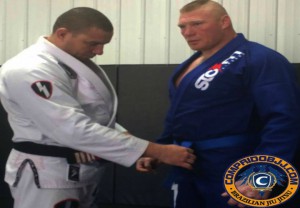 He posed proudly with his IBJJF medal:

For the people that have been asking what medal I’m holding in this photo, let me inform you. On Saturday I won a Brazilian jiu-jitsu world championship competing in the IBJJF Masters tournament. The Hurt Business had an eventful weekend! Now you know. 😉#thehurtbusiness pic.twitter.com/iJyJ5QMfb0