Which Wrestling Style Is Best For MMA? 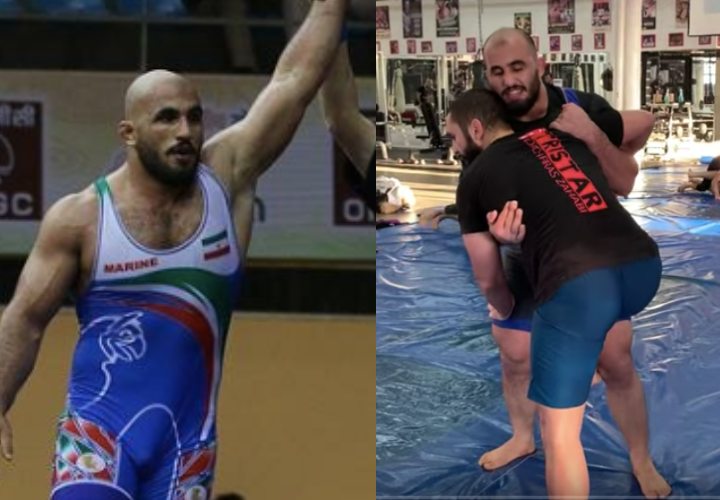 There are three primary styles of wrestling:

folkstyle (also called collegiate or scholastic; for simplicity’s sake I will just say folkstyle in this article), freestyle, and Greco-Roman. Folkstyle is the primary style in the United States, practiced in high schools and colleges. The standup grappling is similar to that of freestyle, but the groundwork is based more on control and looking for a pin. Freestyle and Greco-Roman (Greco for short) are the two styles contested in the Olympics. Freestyle is based largely on takedowns with leg attacks such as single legs and double legs like folkstyle, but the ground game is based more on briefly exposing your opponent’s back to the mat rather than controlling and pinning your opponent. In Greco, you are not allowed to attack below the waist; this means primarily upper-body takedowns such as throws. With all this being said, which style is the best one for MMA fighters to practice?

Former Bellator and ONE FC welterweight champion Ben Askren, who has never lost a fight, has repeatedly gone on the record as saying that folkstyle wrestling is the most superior martial art in existence. While this may be a bit of hyperbole on Askren’s part, he does have a point. Folkstyle teaches not only takedowns but also top control once you do get the takedown. This enables you to take your opponent down and keep them down while you work your submissions or ground and pound. If you live in the United States, folkstyle is the most accessible style to train since every high school and college that has a wrestling team trains folkstyle.

Freestyle, which a style used by Olympians-turned-MMA stars like Daniel Cormier and Yoel Romero, also teaches the same takedowns as folkstyle, but with an added twist: since the rules of freestyle discourage you from turning your back to the mat, it reinforces optimal body positioning on your takedowns. If you are strong enough, tough enough, or athletic enough, you can finish a takedown in folkstyle despite suboptimal positioning. This is not the case in freestyle. In freestyle, if your positioning breaks down while shooting for a takedown, this gives your opponent the opportunity to use moves like chest wraps and crotch locks to expose your back to the mat and score points. This forces you to practice optimal body positioning.

MMA legends Randy Couture, Dan Henderson, and Matt Lindland met while they were teammates on the U.S. Greco national team. While many non-wrestling people like to describe Greco as “judo without the gi” because of its reputation for high amplitude throws, this is tremendously oversimplified. There are many other upper body takedowns besides throws. These include snapdowns and front headlocks. Because of the emphasis on upper body wrestling, Greco wrestlers are known for a skill called “handfighting”, which is using your hands and head to achieve ideal positioning to score takedowns. Couture used his handfighting skills to work strikes from the clinch, a tactic known as dirty boxing. Handfighting is also useful on the ground when setting up your submissions and ground strikes. An added advantage that Greco has over folkstyle and freestyle is the upright stance; rather than bending over at the waist like folkstyle and freestyle wrestlers do, Greco wrestlers stand up straight like MMA fighters. This stance transfers much better to the cage as it leaves you less vulnerable to getting punched, kicked, and kneed in the head.

Since each style has its own unique benefits for fighters that the other styles lack, there actually is no “best” wrestling style for MMA. Just as you want to be a well-rounded fighter (i.e. training striking, wrestling, and jiu-jitsu) to be your best in the cage, you should train all three styles to become a well-rounded wrestler. See you on the mats!