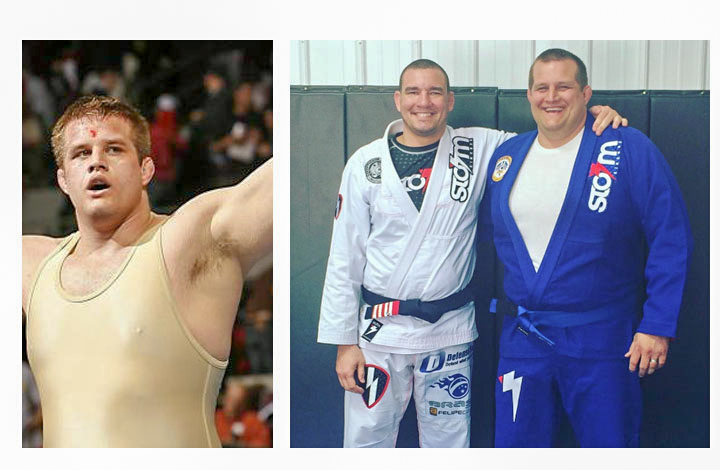 Cole “The Polar Bear” Konrad started his grappling journey at Freedom Highschool in Freedom Wisconsin where he promptly won the 2002 Wisconsin state Championship. He wrestled both Freestly and Greco-Roman during highschool and won both National Championships.

He wrestled for the University of Minnesota where he won 2 NCAA titles, in 2006 and 2007. Konrad gained much of his fame thanks to ongoing rivalry with Steve Mocco, a 2 time NCAA champ for Oklahoma state and Iowa. Additionally he won a bronze medal for the 264.5 pounds freestyle weight class at World University Championships in Mongolia.

He started doing jiu-jitsu at least as far back as 2010, and his main training partner? UFC 200’s Brock Lesnar

From there he transitioned into Bellator where he made debut in 2010 against Pat Bennett. He promptly won the Heavyweight Tournament final and became the first Bellator Heavyweight champion via submission in round 1. He retired from MMA in late 2012.

He captioned the snap:

2 times National champion , Belator champion an blue belt I’m BJJ the one and only Cole Konrad .