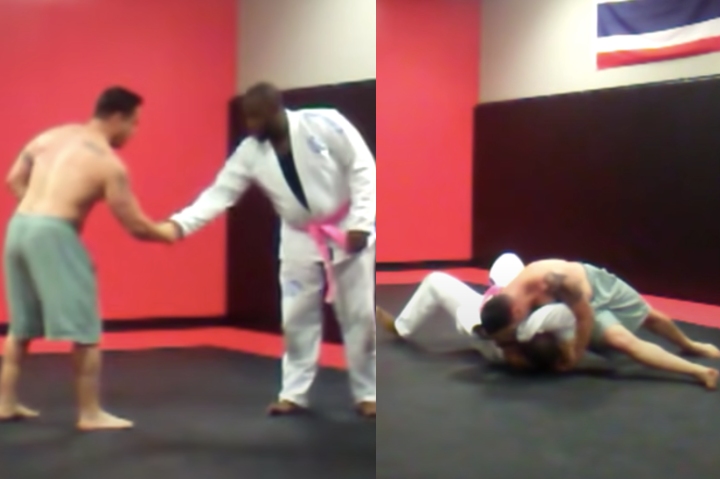 Wrestling is one of the biggest sports in America with over 250,000 participants at the high school level alone. But, less than 4% of those go on to wrestle in college, and an even smaller percentage of those have any hope of continuing their wrestling career beyond college at the international level.

Brazilian Jiu Jitsu (BJJ) is a more recreationally focused sport, with frequent opportunities for competition for people at all ages and all experience levels. The 2019 IBJJF Pan American Championships in Long Beach California hosted over 5,000 competitors—that’s just one tournament!

The skill sets involved in wrestling and BJJ are very similar, so why don’t we see more former wrestlers competing in BJJ? With such a massive talent pool, one would expect to see wrestlers dominating jiu jitsu in America. But, while many wrestlers have dabbled in some form of submission grappling, the reality is that very few successfully make the transition.

We have all seen what happens when a high level wrestler starts to learn some BJJ. They often get very good, very fast.

Think of the example of former D3 wrestler Nick Rodriguez who after 9 months of BJJ and getting a blue belt, went on to take 2nd place at grappling’s most elite tournament, ADCC. He defeated black belt world champions and former ADCC champions such as Mahamed Aly, Orlando Sanchez, and Roberto Cyborg Abreu.

In this instance, a Wrester Eric Guadiana was challeneged by a BJJ beginner who strangely was wearing a pink belt:

“Got called out by BJJ student when he found out i wrestled when I peeped in the room from interest while working out with weights in another room at Arizona athletic training center.”

In most of these challenges, the wrestler loses by submission, but not this time…

The same Wrestler, again rolling with BJJ guys. This time, the bjj guy was more skilled: