Wrestle Up: The Unfair Advantage In BJJ 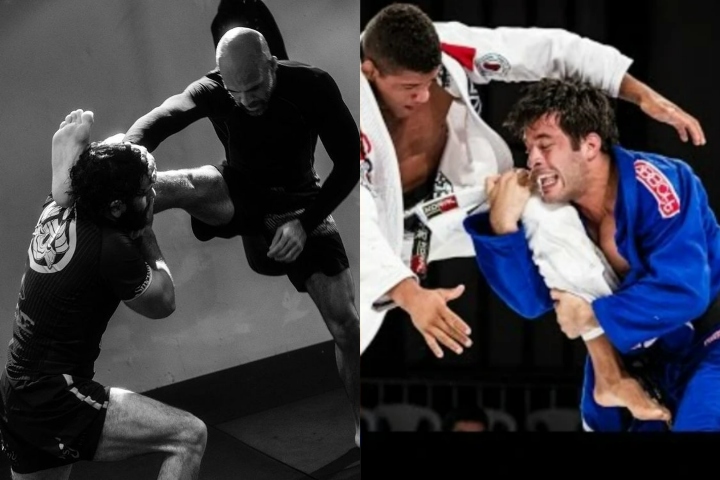 Do you wrestle up in Brazilian Jiu-Jitsu? If you don’t, you’re missing out on an enormous unfair advantage over your training partners and opponents.

For starters, most BJJ athletes aren’t used to someone standing up – and going for a takedown – once they’re down on the mats already… So you’ll gain a lot of success this way.
And additionally, you can use the wrestle up tactics against wrestlers as well!

Robert Degle explains why this is the case:

Jiu Jitsu is built upon the idea of fighting unfairly. I don’t want to go against my opponent where he’s strong but rather where he’s weak.

Getting to a takedown through wrestling-up is way easier against a good wrestler than doing it from the standing position; because your hips are already underneath his and you don’t have to worry about being taken down yourself for the obvious reason that you’re already on the floor.

This means that when going against someone who is a better wrestler than you you’re not matching strength for strength while trying to get to the take down.

In other words, by wrestling up, you’ll gain a substantial advantage even against wrestlers:

You’re using cheap and duplicitous tactics to unfairly give yourself an advantage and from that point take someone down who is otherwise a much better wrestler than you.

Play from seated and supine open guards like butterfly, reverse de la riva, shin to shin, and more as Nicky shows you a complete system for using wrestle up sweeps to your advantage. 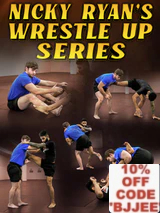