“Wow man, you’re so strong!” – Using Strength In BJJ Is NOT A Bad Thing 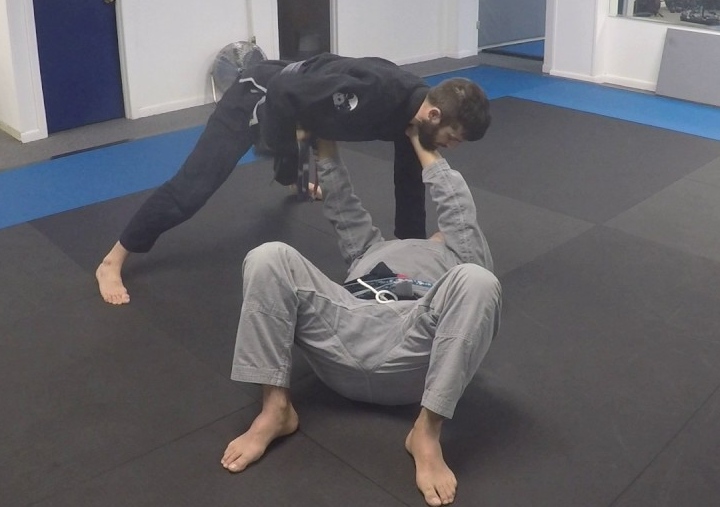 In the world of back-handed compliments, one of the worst ones you can get in Brazilian Jiu Jitsu is: „Wow, bro, you’re so strong!“ It’s really a slap to the face to your technique skill level; which may or may not be on the same plane as your strength.
But using strength in BJJ isn’t a bad thing! Here’s why.

WHEN USING STRENGTH IS A BAD THING IN JIU JITSU

But first, let’s acknowledge that using strength sometimes really can be a negative thing in Jiu Jitsu. For, if you’ve been training for some time and you’re relying just on your strength rather than on your technique, then you’re seriously off the mark.

Meaning: you shouldn’t rely on strength when you train. If you don’t know a specific submission technique or the details to it, don’t just „muscle through“ it. Think about how you can perform it with more finesse. Sure, you may not get it right the first few times, but what’s important is that you’re thinking about the technique… And if you’re thinking about it, sooner or later the missing details will fall into place.

Practice using your technique as much as you can while you roll. The more you do so, the better off you’ll be against a training partner – and opponent – who has as much strength as you do.

Now, the above-mentioned opinion sticks to the training part of your Jiu Jitsu journey; where your goal should be to make incremental steps towards technique perfection. However, pay attention to the fact that it only regards excess use of strength – which overflows your skill acquisition and practice.
In other words, using strength is a great thing in BJJ; but only if it’s used as an addition to your skillset. Strength can’t be your only friend. But it’s a great backup when your other, technique-based friends, fail to reach their goals.

It’s there to make sure that your technique is executed to the best of your abilities. For, let’s not get it twisted; to perform a technique, you need to possess an appropriate amount of strength. You can’t just „breeze“ through it – you’re fighting against a resisting human being!
Therefore, the importance of using strength gets a new dimension when you’re facing someone who’s on the same technique level as you are.

If both your and your partner’s technique is at about the same degree of proficiency, then the thing which is going to decide who wins (other than luck, which is a factor in and of itself) is going to be who is stronger and who has better conditioning.
Add another layer to this when you find yourself on the competition podium, and… Would you rather win because you used strength or lose because you let your technique do all the talking?

Therefore, stop being afraid of using strength in BJJ. If you’re a beginner, back off of it for a second, and focus more on learning techniques. But if you’re past that spazzy stage in your BJJ development, then reintroduce strength into the rolls.
This way, you’ll make the most progress possible. And those who say that „strength is a bad thing“, well… That’s because you tapped them out!