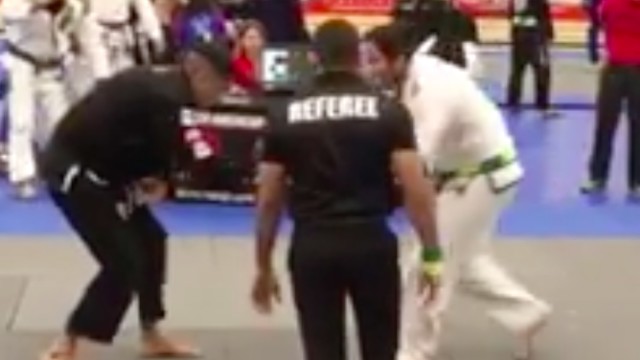 BJJ black belt Walter Cascão had the fastest BJJ match in history at North American BJJ Federation event: 4 seconds.It was a nasty and quick standing wrist lock that took his opponent by surprise.

Wristlocks (known as mao de vaca in Portuguese) are some of the lesser used submissions in Brazilian Jiu-jitsu.

Wrist locks are used widely in Akido, Hapkido and Japanese Ju Jitsu. They are illegal in Judo and Sambo.

They are legal in BJJ from blue belt and upward.

He explains how he did the submission in this video: