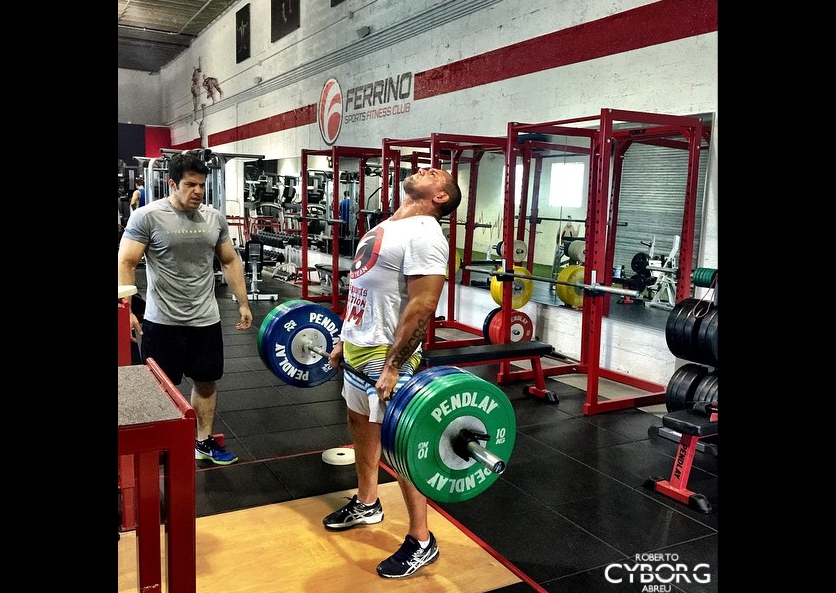 The three main powerlifting exercises that are beneficial for BJJ players are Deadlifts, Benchpress and Squats. It is also advisable to use more specialized exercises like pull ups, presses, rows to strengthen other parts of the body and that are used in a BJJ fight.

Deadlifts and squats strengthen your legs and core, which give you better balance and impact when going for takedowns and throws. Bench press are great for building chess chest, triceps and core strength, which you use in BJJ to push opponents away, or control them. When designing your own routine, you should try to design a program that makes you work all your major muscle groups.

Deadlifts are arguably the exercise with the biggest ‘Bang For Your Buck’ and translates the best for  jiu-jitsu in terms of functional strength. It radically strengthens your legs (the hamstrings in particular), hips, core, posture and grips. The deadlift covers all the muscles that get worked on in Jiu-Jitsu. This means that you will be able to stuff takedown attempts, have a stronger base while passing guard and able to pressure your opponents wioth your strong hip pressure.

Check out these videos of world class BJJ players deadlifting as part of their strength program.

UFC fighters Jim Miller and Raffy Oliveira deadlifting almost 3 times their weight. Their PR in the deadlift with 425lbs for 3 singles when both weigh around 160 pounds!

He holds black belts in judo, jujitsu, aikido, and karate. He has won Gold in the 2007, 2011 USA Judo Senior National Championships and placed 5th in the US Open. He also took Gold in the International Tournament Am-Cam Judo Challenge and placed third in the National Championships. He would be a member of Team USA in 2007, 2010 World Judo Championships – Men’s 100 kg and 2011 World Judo Championships – Men’s 100 kg for the world games.  He trained for the 2008 and the 2012 US Olympic Team at 100 kg. He achieved 43rd in the world ranking for Judo behind Kyle Vashkulat in the United States. He also has boxing experience and has a brown belt in Brazilian jiu-jitsu.