How Working as a Bouncer Improved My Wrestling 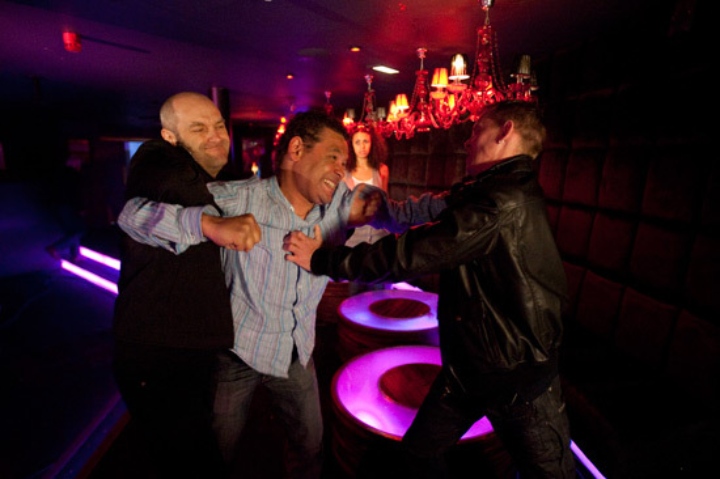 It was yet another summer night in Lake Como, New Jersey. I was working as a bouncer at Bar Anticipation, affectionately known by its clientele as Bar A. This was a Tuesday night, the liveliest night of the week at Bar A. I was stationed at the entrance gate, ensuring that intoxicated patrons didn’t attempt to exit out the entrance and disrupt the flow of people coming in. In most cases, a simple “Sir, the exit is over there” was enough to steer them in the right direction. However, every now and then a guy would respond by slurring, “I’m going this way” and attempt to plow through me, thinking this is possible because I’m small for a bouncer (5’9” and under 200 pounds). To his surprise, I quickly pummeled to an underhook with my right arm and easily controlled this bigger fellow as I forced him out through the proper gate.

It’s common knowledge among MMA fighters and fans that the athletes who step in the cage tend to be underpaid for their hard work. Many fighters, even in the UFC, need to work a second job to make ends meet until they achieve the big paydays: heavyweight title challenger Shane Carwin was a mechanical engineer, former middleweight champion Rich Franklin was a math teacher, and light heavyweight champion Forrest Griffin is a former police officer.

One common job fighters work to pay the bills is bouncing. This is a logical choice since it fits their skill set and the hours allow them to train during the day. Contrary to what Road House would have you think, bouncers can’t just walk around punching, kicking, and karate chopping rowdy customers in the head. If you injure a patron, even an unruly one, you and the bar could get sued and you could also get fired or even arrested! In fact, my Bar A employee manual specifically banned punches, kicks, chokes, and headlocks. Enter the underhook.

The Patrick Swayze method of dealing with drunk people isn’t a viable option for you, even if you can match his character’s fighting skills and good looks: 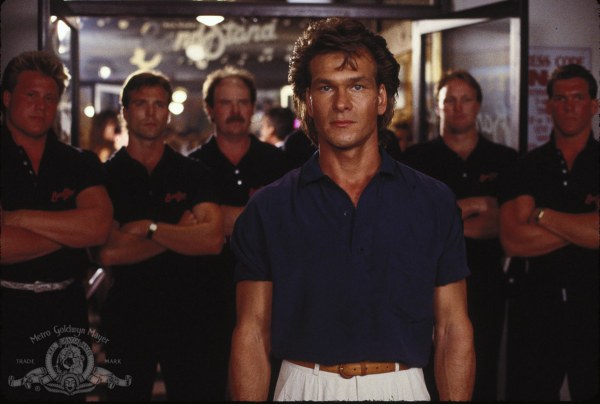 The underhook is great because it enables you to control the other person. If you want him to move backward, you just walk forward. If you want him to move to the left, you can send him in that direction. Remember, your goal at the bar is simply to remove rowdy drunks, not score highlight reel knockouts or a Submission Of The Night bonus. Save those for the cage. An added benefit to the underhook is that most people have little to no training in wrestling, grappling, or MMA, meaning that they have no idea how to counter an underhook. Whenever I had to remove a customer from Bar A, I would just handfight to an underhook and either walk them out myself or hold them until another bouncer could come help me. Even if your adversary tries to throw a punch or elbow with his free arm or knees and kicks, his positioning will be so poor that he won’t be able to generate enough force to injure you, thus protecting your safety and your paycheck.

I actually started drilling underhook offense more frequently at wrestling practice to train for the bar and this translated into improved performance on the mat. I started working at Bar A the summer after my junior year of college. My senior year, I scored most of my offensive takedowns with a snapdown from an underhook on my way to earning All-Conference recognition. Now that I’ve handed you my secret, please be gentle with me if you catch me acting up at your bar!