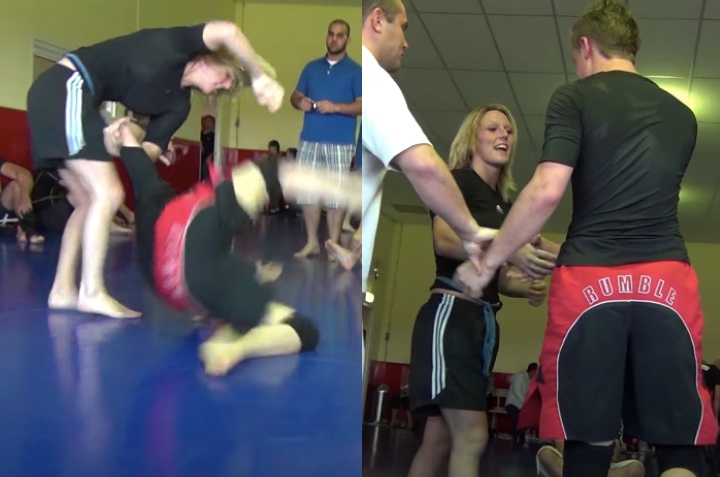 You very rarely see men and women compete in mixed gender divisions in BJJ competitions. This is for the simple reason that the difference in strength is tremendous.

It can be argued that the average adult woman BJJ athlete has the equivalent strength of a 12 year old boy.

This was a tournament that happened a few years ago in Holland. Megan van Houtum from Gracie Barra Netherlands entered the mens division and did extremely, winning all three matches with flying colors. She showed great takedown skills and powerful submissions on the ground.