Will No Points, Submission Only Tournaments Like Metamoris Pro Change Jiu-Jitsu? 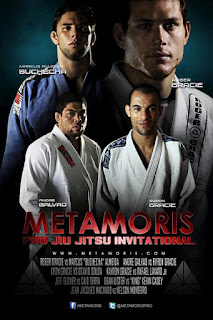 The recent trend of Jiu-Jitsu tournaments with the no points, submission only format such as the Gracie Worlds or next month’s Metamoris Pro has brought a wind of excitement in the Jiu-Jitsu community.
Many people are disillusioned with the current sport aspect of Jiu-Jitsu and are longing for more of what we first saw when we watched Royce Gracie beat his opponents in UFC1, Gracie Jiu-Jitsu focused on submissions and not on points.

There is no doubt that there were great matches this year in sport Jiu-Jitsu such as Buchecha vs Rodolfo at the Worlds, or Rafa Mendes vs Cobrinha at the Pan Ams. Some had submissions, while some didn’t. The problem is that many competitors have adopted a tactical style which stalls the game and makes for fights which are frankly boring and sometimes even embarrassing to watch. This is not really their fault as the current rules that are in place allow this tactical style. The IBJJF has done a great job so far at popularizing BJJ however some may say that BJJ is becoming more of a structured sport (like Judo) and less of a martial art like Gracie Jiu-Jitsu is.

The Metamoris Pro will be offering a no point, submission only, 20 mins single superfights. This type of format will be very exciting because we will get to see, among these interesting fights, who has the most effective Jiu-Jitsu. Can this format really become a standard form of competition?

This may pave the way for a revolution in the Jiu-Jitsu community where practitioners prefer to compete in this way. Or maybe not? I guess that we will just have to wait and see…At the end of the day there is nothing stopping us as individuals to change our style and think more about submissions when we spar instead of being focused on dominating our opponents on points.