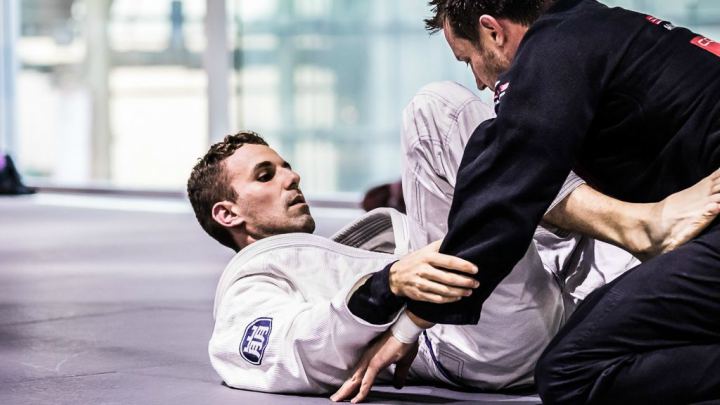 Everyone’s progress slows down from time to time, and even completely plateaus occasionally. This is not a cause for concern, as it’s just a natural growing curve that every Jiujiteiro has to go through; it’ll pass and you will start improving (at a faster pace) yet again.
However, even though slow improvement or a lack thereof most often isn’t a cause for concern, there’re still some things which – if you are or aren’t doing them – will lead to a complete halt of your BJJ success. What’s more, if you don’t recover from them… You will never, ever make significant progress.

YOU’RE NOT SERIOUS ABOUT YOUR TRAINING SCHEDULE

Jiu Jitsu might not be high on your priority list at all; and other things such as your family, work/school or other hobbies might take precedence in the time that’s invested. But, if BJJ is a priority at all, then you can’t just train whenever you have time and/or „feel like it“. If you continue approaching it with this sort of a mentality, you’ll soon be seeing your peers getting promoted way faster than you are.

Real progress requires real discipline, and the best way to develop it is to set a goal of training at least 3x per week. Pick your days – and just hit the mats, without fail, each and every time.
The more mat hours you obtain, the more experienced you’ll be… And the more experience you have, the better your Jiu Jitsu will become!

YOU ZONE OUT WHEN YOU TRAIN

However, mat hours in and of themselves won’t contribute much if you’re zoning out when you should be paying attention! Be honest with us: when the coach is demonstrating a technique, when you need to drill… Are you „there“ or do you hear and do only a half of what needs to be done?
If you let yourself go and if you fail to commit, both mentally and physically, to the task at hand, then your progress will slowly but surely whither away. Keep doing it for long enough, and it will be nowhere to be found. Therefore, you need to focus when you train.

Be focused on what the coach is demonstrating and telling you to do. Then, when the time comes to drill the technique or the setup, give your best to transfer every single taught detail into action.
Think about what you’re doing and why you’re doing it. Contemplate about how you can execute the technique in a better fashion and how your training partner could do that as well. Equally, ask your instructor when something isn’t clear; if you want to improve, there’s always something that could use a bit more explaining.

Yeah, you absolutely shouldn’t go at 100% each and every time you roll, unless you want to injure yourself. But the same’s true for the other end of the intensity spectrum; if you never increase it during rolls, then you’ll never unlock your true potential. You won’t get used to being in the „heat of the moment“ and you won’t get challenged enough… And if you’re not being challenged, then you won’t improve nearly as much as you’d like to.

The remedy is simple: set a goal for a specific number of rolls during the week, during which you will give your absolute best. Pace yourself accordingly, but when it’s time to go 100% – then go 100%, be it in attack or defense! Don’t shy away from the challenge and from being uncomfortable; that’s how you will win!

Diamonds are made under pressure. So seek it – and watch your Jiu Jitsu skyrocket.