Why Every Parent Should Have Their Children Train Brazilian Jiu-Jitsu 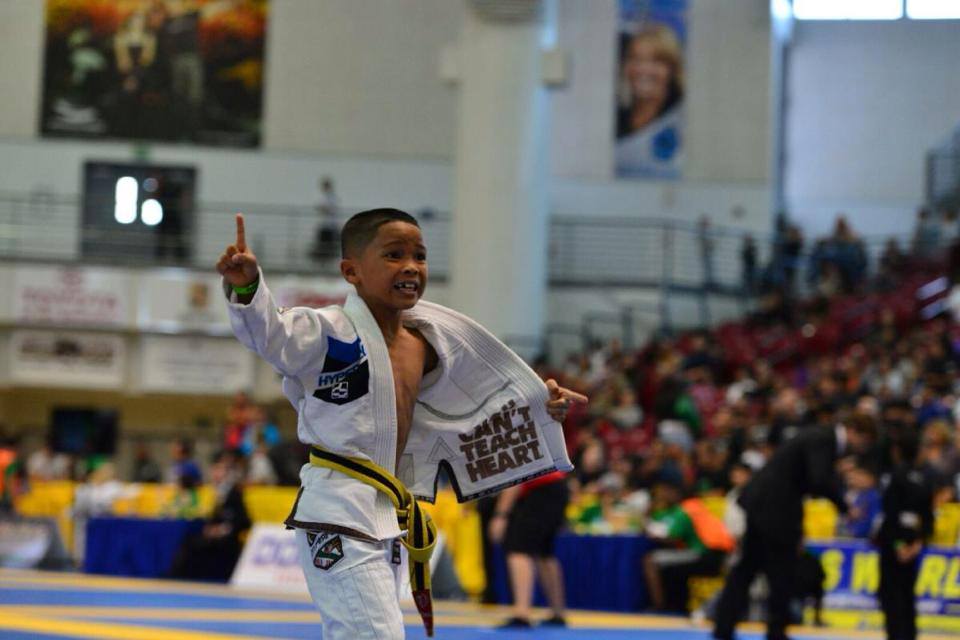 It is a well known fact that children need guidance in their life not only coming from their parents but also from an external source. We live in times which force parents to spend less time parenting and way too much worrying about the development and safety of their offspring. Sport classes are great for exercising and focusing the child’s attention but I believe that they fall short when compared to martial arts. The missing link in this case would be also covering the spritual aspect – believing that both psychological and physical, can be strengthened simultaneously . Signing the youngsters in a form of martial art has been a go-to move for decades among the parental bodies in order to get some aid in the endeavour of raising capable men and women who one day will grow up to be valuable contributing members of our society.
In the following text I would like to point out some of the crucial benefits of signing your kid to such classes and to present my personal observations both as a bystander and as a kid’s class coach with hands on approach in grappling and Brazilian jiu jitsu.

First off I would like to say that I respect all martial arts and think that they are all valuable for what they were created to be. That being said I strongly believe that when talking about kids some of them are better suited for the task than others. All forms of striking combat sports which include full contact sparring are dangerous and too risky for children. Also they do not give the opportunity of defending ones self just by controlling the attacker without actually harming them. This is the “bread and butter” of grappling sports and particularly Brazilian jiu jitus.
The main goal in this art is ALWAYS being aware and controlling the situation. Bjj prides itself on the usage of technique and leverage above everything. That is why it is called – “the gentle art”. The main concept is that you must shorten the distance between you and your opponent and initiate the clinch . Next you use various trips, throws and takedowns to bring the altercation to the ground. Once getting there, certain dominant positions and holds are used by the person versed in grappling to control the attacker.

Generally speaking not many systems of self defense allow the smaller and more times than not – the weaker person to subdue a larger opponent. As a result your child will not be thought to depend on size nor strength. Practitioners learn to defend themselves and control their opponent even without trading punches or using finishing holds that might get you in trouble with the school or the legal system. What you are doing is simply nullifying the potential of the other person inflict harm on you. In my opinion this is the ultimate anti-bullying tool. Having the opportunity to harm someone but choosing not to and making them aware of it.
What is even better is that children learn all these attributes including balance, reflexes, flexibility and weight distribution while playing and having fun. Most academies form the teaching and sparring sessions in a form of a game so self defense and play time are mixed in together in a very friendly environment. But I always say that if the only thing you learned out of your training in a combat sport is how to defend yourself and nothing more…you are clearly doing something wrong. 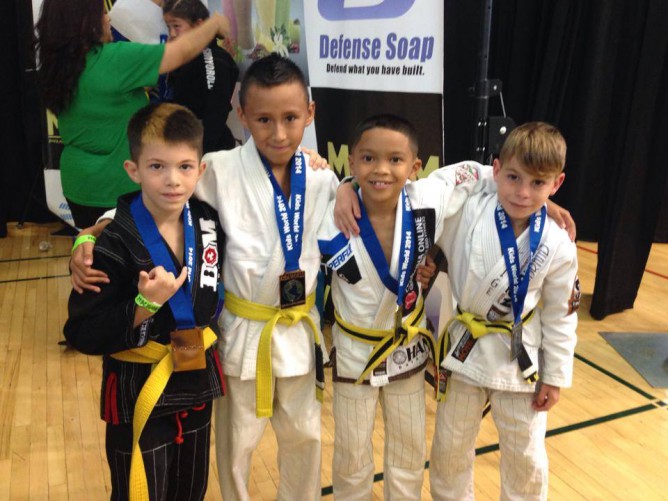 To be involved in such an art while growing up and forming as a personality is a very perplexing phenomenon which stimulates the mind as well as the body. Influenced by their instructors and professors the students themselves want to do better in and out of class. They are being thought how to break down and solve problems which occur both during training sessions and in life. Critical aspects of the child’s character are being forged right there on the tatami. Kids learn that sometimes you are going to be the smaller, weaker, slower or not in the best position possible, but you still have to do the best in your ability to not give up and to keep trying. Sometimes being disciplined and having a good work ethic takes you further than you thought it might. These are life-long lessons which I have found to be true through Brazlian jiu jitsu.

Here are some more significant values and lessons which your child will surely be exposed to while training :

-Self-Discipline and Responsibility. It is a big problem in the era we live in. Young people need to learn that engaging in something which is difficult to do and takes time is ultimately very important for your character.
-Respect. Something missing in many people. Disrespecting someone is definitely not acceptable in any dojo and kids understand that this kind of behavior is not permissible. Children learn to respect their professors, their teammates and also themselves.
-Finding peaceful solutions to problems. We have all been there as children. Aggravated and enraged at some other kid for doing something or acting mean. Kids that train have less desire to persue such goals as they do not feel the need to prove themselves. This makes them calmer and more racional in their decision making.
-Self-Esteem and confidence. It comes as the training hours start building up and the progress increases. Nothing makes the instructors happier than seeing how children change and start being more outgoing as their confidence raises.
-Setting goals and acting on fulfilling them. When students set goals they should chase them and figure out on their own that when you truly want something in life you have to work hard to get it.
-Belonging somewhere. Brazilian jiu jitsu allows students to become comfortable with being in close physical contact in a society where we are becoming increasingly more isolated by technology. In combat sports we need our training partners in order to do what we love. This is a rule. We spend a big part of our lives with them and ultimately become one big family. This positive influence is crucial to any youngster and their understanding of society. It builds comradery and shows young people that they are appreciated and important to one another and their team.

I have been a witness and in charge of kid’s classes in Brazilian jiu jitsu and I have to say that just seeing how much the kids enjoy playing and learning lights a spark inside me too. When you show them a move and they do it correctly you feel so proud of them and they feel it too!
Brazilian jiu jitsu is a great gift and it is even better if it has been given when you are too young to understand it. Not just the self defense aspect of the art. In fact just like with adults- lots of people sign up out of fear. They are worried that something might happen to them and they are willing to put the hours of work and learn how to handle stressful situations. But when enough time has passed you begin understand that this actually was not what kept you practicing the art for so long. It is a vehicle for developing your human potential. Everything is about the new friendships, taking good care of your mind and body, the life lessons you learn both about others and about yourself. I strongly recommend all parents to take this step and just bear witness of how your child’s perception of the world will begin to change.