Why Did Grandmaster Helio Gracie Wear a Blue Belt? 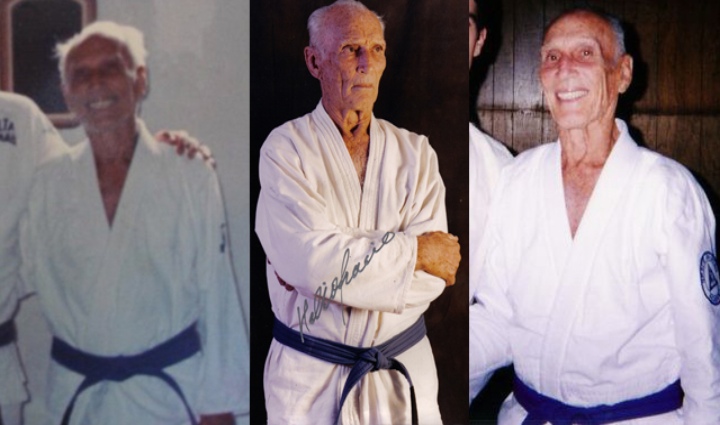 The most common images of Grandmaster Helio Gracie are of him wearing a red belt with 10 degrees, which is reserved for the founders of Gracie/Brazilian Jiu-Jitsu (Carlos, Helio, George, Oswaldo Gracie). There are however a few pictures where the Grandmaster appears with a blue belt.

“I asked Grandmaster Hélio this question on his last trip to our academy in Miami and he explained that in the original Gracie Academy there were no belt level differentiations based on fighting skills. Belt colors were only awarded to distinguish instructors from students. In order to separate themselves from Judo instructors, who were teaching what they considered to be a limited sport for competition rather than a complete martial art, they didn’t utilize the black belt. At that time, Gracie Academy instructors wore a light blue belt and head professors wore the dark blue. Only those who completed the professor’s course under the Grandmaster himself could wear the dark blue belt.

With the creation of the Brazilian jiu-jitsu federation in 1967 by Elcio Leal Binda, the belt system of judo was adopted. In addition, a framework for sport jiu-jitsu, including a point system and weight divisions, which had never been accepted by Grandmasters Carlos and Helio before then, was established. As Judo was attracting a large following in Brazil under this sportive system, Grandmaster Helio agreed to give this structure a shot after being pressured by many of his students, who claimed that the inception of recreational jiu-jitsu tournaments would not have a negative effect on the art.

In the early 1990’s, Grandmaster Helio realized that the mutation of his art was a direct result of point jiu-jitsu competitions, and that red belts were being awarded without his consent by individuals who weren’t even red belts themselves. For these reasons, he decided to return to his original blue belt as a form of protest and to separate himself from the federation and from sport jiu-jitsu. As a humble teacher, Grandmaster Hélio felt very comfortable wearing a belt that currently indicates the first level of learning as well as his favorite color.”

For the past few years, Royce Gracie has been wearing a dark blue belt in honour of his father Grandmaster Helio Gracie. 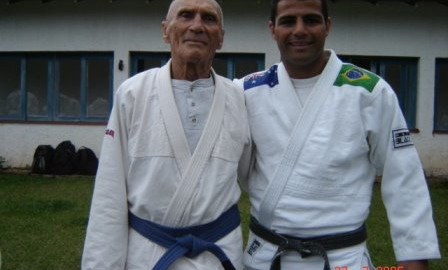 After the death of Grandmaster Helio Gracie, Royce Gracie removed his coral belt (Royce is a 7th degree black belt which is black and red belt) and started wearing a dark blue belt, which was the old belt system of the Gracie family before the creation of the Jiu Jitsu federation in 1969. In those days, Jiu Jitsu had three colours, white (for students), light blue (for instructors) and dark blue (masters). 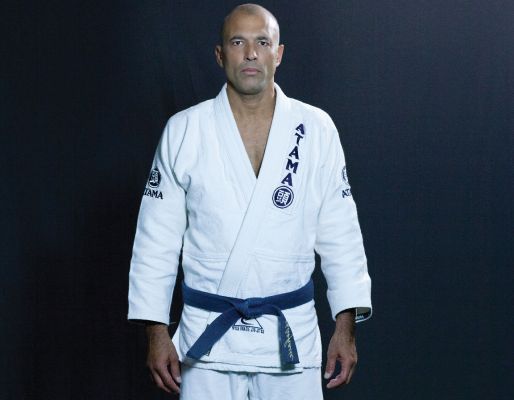 There are actual 6 distinct belt systems used in BJJ and each one is different: