Why Chael Sonnen Is Wrong About Judo Effectiveness In MMA 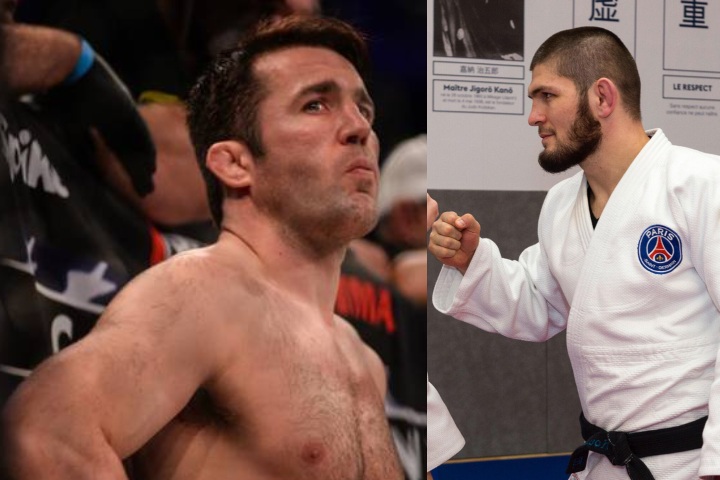 Chael Sonnen is considered to be one of the best mixed martial artists that UFC has seen in its history. Having retired from competition, he shifted his focus to being a host of his great Podcast. Needless to say, he’s a person who is very vocal with his opinions and knowledge; both of which are usually phenomenal and correct! However, every now and then, he falters.
One of the things he’s been incorrect about is the effectiveness of Judo in MMA. In simple terms, he’s repeatedly said that Judo doesn’t bring a lot of success in mixed martial arts – which isn’t true at all!

One of Chael’s claims was that there has never been a successful fighter in the history of mixed martial arts, who’s also a very successful Judoka. However, this is just plain wrong; there are plenty of champions with considerable Judo backgrounds, even if it’s only the UFC that’s taken into consideration.

For example, the first one that comes to mind is Khabib Nurmagomedov; a current Lightweight UFC champion with the supreme record of 28-0-0, with a black belt in Judo! He began training it way back in his teenage years, before he started with Sambo. Secondly, Fabricio Werdum is a black belt in Judo and a former UFC Heavyweight Champion… A similar case is with the former Interim UFC Heavyweight Champion Minotauro Nogueira, who is a supremely skilled Judo black belt practitioner. As a matter of fact, he started training Judo when he was only 4 years old! This list goes on and on, all the way to the legendary UFC Hall of Fame member, Don Frye; a 2nd degree Judo Black Belt.

On the flip side, if the UFC is taken out of the equation completely, then the gravity of Chael’s mistake takes on an even bigger dimension; it is unnecessary to look any further than from the legendary Fedor Emelianenko. He’s a two-times Russian Judo Federation National Championship bronze medal winner and, needless to say, one of the greatest heavyweight MMA fighters the world has ever seen.

These examples are in direct opposition to Chael Sonnen’s theory of „no successful Judokas being successful in the mixed martial arts“. Now, let’s take on Chael’s second incorrect supposition.

„NOBODY IN JUDO HAS EVER DONE ANYTHING IN MIXED MARTIAL ARTS“

Chael has also mentioned that nobody has done anything considerable in MMA by using Judo techniques. And while it may actually be true that one can’t see too many hip throw techniques in MMA matches – which is usually what people think about when Judo is mentioned – Judo is not only about hip techniques!

Certainly, when it comes to throws, then hip throws are one of them; but so are hand throws, sacrifice throws, as well as leg and foot throws and trips. And all of them are often utilized in MMA! Even Chael has been a victim to them, many times – such as when he fought Demian Maia in UFC 95. Maia took Chael down with the Hiza-Guruma leg throw technique.
Also, when ground game is considered, certain techniques (although they are used in BJJ and are heavily associated with it) have fundamental Judo origins and have been used in MMA very successfully. Chael himself has been repeatedly tapped out by one of them in particular: by the Sankaku Jime – the Triangle Choke. For example, this has happened in the UFC 95 match against Demian Maia as well.

This goes on to show that Judo, without a doubt, has its place and a great reach for successes in MMA.