Why BJJ Doesn’t Make You Happy.. And How To Change That 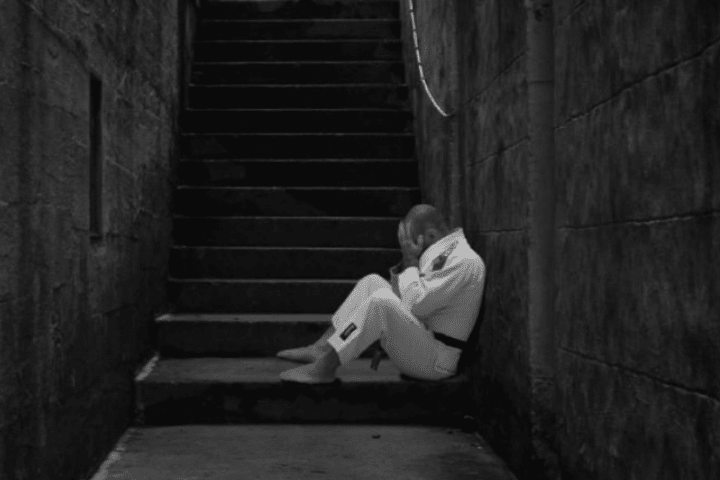 When you first started training Brazilian Jiu Jitsu, everything was so great! The novelty of the sport, the challenging techniques and the exhilaration when you’d learn them, the great people who are surrounding you and the positive atmosphere on the mats… It was just so much happiness in one place that you thought it would last forever!
But, fast forward to today, you just can’t seem to initiate those same feelings you used to feel. Simply: Jiu Jitsu doesn’t bring you joy anymore, which makes you both sad and confused.

Well, don’t worry too much – this can be solved. Let’s take a look at three major reasons so as to why BJJ doesn’t give you joy anymore; and what you can do to change it.

YOU’RE TOO FOCUSED ON YOUR WEAKNESSES

It’s a sure thing that you need to be working on your weaknesses; because the stronger your weakest link is, the better of a Jiujiteiro you’ll be! So, you do need to keep working on them… However, what you need to stop doing is being too focused on them.
That is to say, if you’re constantly thinking about the gaps your Jiu Jitsu has, you’re effectively killing your joy for the sport. Instead, you need to give yourself credit for those techniques and aspects of the game you’re really good at.

In short: continue to improve the areas which you feel are lacking, but shift your focus a bit onto the areas which you’re pretty awesome in. This is the healthiest approach for both making progress in BJJ and for staying in love with it.

YOU’RE INJURED ALL THE TIME

There’s not a lot of things which will dishearten you as fast as injuries will… You know how it is; when it’s time to roll, you want to go into it with full commitment, and you just can’t do that if your knee, your shoulder, your back – or whatever else – is nagging you. Even worse if the injuries are as such that you can’t be on the mats much more often than you can be.

The solution? Realize that these injuries won’t go away in and of themselves, and that they’ll continue reappearing unless you do something about them.
That is, start doing rehab and prehab work. Visit a physiotherapist and let him tell you what you need to focus on. Then, do it. Every single day – and you’ll be much healthier and willing to train than before.

YOUR ACADEMY IS NOT A PLACE OF JOY

When something’s new around them, a lot of people tend to marvel only at its positive sides. But, as the time passes, you get to see the stuff in a much clearer light; sometimes for the better, sometimes for the worse.
And the matter of a fact is that a lot of Jiujiteiros realize that their academies aren’t the best. That their teammates aren’t really all too kind and that their coach has, well, questionable opinions about some things. They figure out that they aren’t being treated properly; and/or that their teammates simply have way too much ego (which may be the reason you’re injured so often in the first place).

There’s plenty of academies like this in the world. But you know what else is there? Lots of academies with phenomenal people.
Make the transfer. Jiu Jitsu is here to make you into a happier and better human being, not into someone with blind loyalty. After some time passes in the new academy, you’ll come to understand that joy isn’t found only in the martial art – but in the people as well.