Why Are You A BJJ Blue Belt For Such A Long Time? 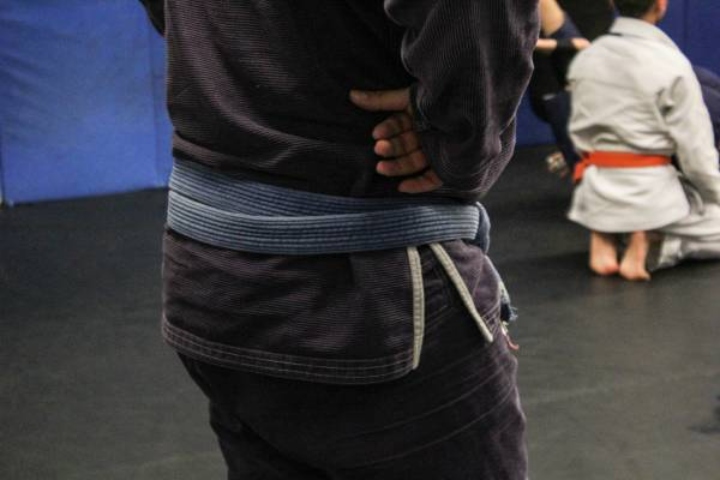 It might’ve been a while since you were promoted to a BJJ blue belt… And it’s, kind of, getting on your nerves. More than anything, you’re confused; even though you’re consistent in training and you put in the effort, you’re not a purple belt just yet.
What gives? Why are you “blue” for such a long time? Well, generally speaking, there are two main reasons.

First of all, the expectations for a BJJ purple belt are way higher than for a BJJ blue belt. As you were transitioning from white to blue, there wasn’t too much up ahead of you; you just had to learn the basics and display basic knowledge of them, paired with consistency. But now, however, as a purple belt “contender”, the coaches are expecting a whole lot more from you.
You have to develop an understanding of all these different techniques and principles. And you’ve got to have at least a solid performance in them… It isn’t enough to just know the basics anymore.

With that said, there’s also a specific way that purple belts move. As a BJJ blue belt, you’re still rough around the edges; sure, you may not be spazzing out anymore, but your movements are still somewhat rough.
When you become a purple belt, there’ll be a certain ease to the way you move. A certain polished approach to it and a display of tying in techniques and positions together with relative ease.