Who Should Be Cleaning The Mats In A BJJ School? 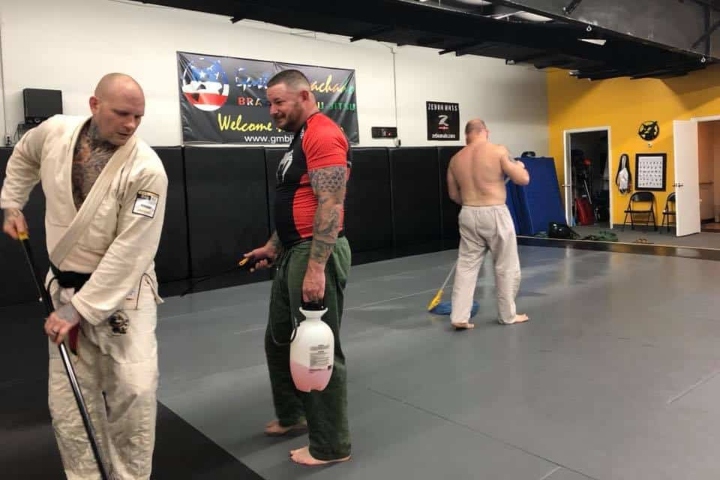 Having clean mats in a BJJ school is incredibly important. It lowers the chances of something like ringworm from happening in the first place… And when someone does get ringworm or similar, clean mats will minimize the risk of this infection from spreading on other students.

But, whose responsibility should it be to clean the mats anyway? Does it fall on the instructor? The students? To the new blue belt who just got steamrolled for 10 rounds straight?
Well, the answer is – you are responsible.

Some BJJ schools can be seen as “BJJ gyms”; as places where people train, more or less, informally. Professor Ryan Young, from Kama Jiu-Jitsu, explains that these are the places that don’t have business goals in mind, but that simply gather people who like training.
In these places, Professor Young says, it’s often everyone who’s cleaning the mats. There’s a strong sense of a community, so generally everyone wants to chime in.

But, generally speaking, here’s the thing. If you’re asking yourself whose responsibility is it to clean the mats – it’s your responsibility to do it.
Don’t run away from tasks such as this one. Taking them on will showcase that you’re serious about the Gentle Art, that you respect the BJJ school you train at and its instructors, and that you care about your training partners.