‘Who Can Take Roberto Cyborg Down’ Challenge 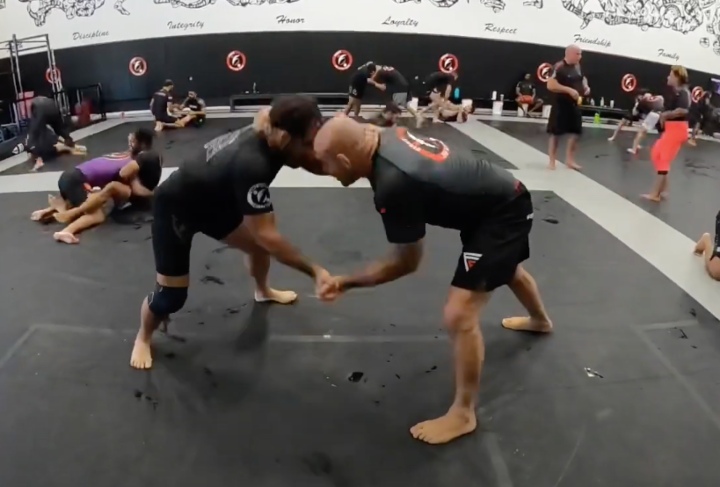 Not many professional athletes get to do a winning streak in the sport of BJJ. The brutal competition and the fact that in most major tournaments you get to face 4 or 5 guys that are at the top of the food chain makes it almost impossible to get many consecutive W`s. There are some exceptional fighters like Marcus “Buchecha” Almeida, Gordon Ryan, Rodolfo Vieira who run through everybody Gi or No-Gi. Those guys have proven that a winning streak is possible in BJJ and grappling, but none of them are 40 years old and have 13 fights without a loss in a year that is marked by an ongoing pandemic which led to the closing of many BJJ gyms and prohibition to train our favorite sport.

Roberto “Cyborg” Abreu is this crazy guy who has done it by non-stop competing this year and it seems like he might finish 2020 with an unbeaten record.

Cyborg’s academy has a fun game: 4 Challengers including Gilbert Burns (UFC’s #1 Middleweight Contender) try to take CYBORG down in this week’s episode of “Who Can Take CYBORG Down”.