Which One’s Right For You: Old School or New School BJJ? 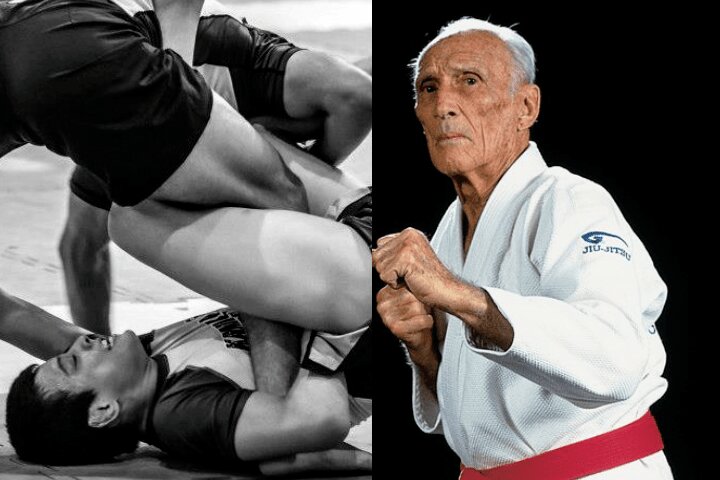 Anyways… Which direction is your Jiu-Jitsu taking right now? Do you want to drift it more to an „old school“ style – or the „new school“ one? Which one would better fit you?
No matter if you’ve considered this beforehand or not, it’s a good idea to know what the differences between old school and new school BJJ are; as well as to know which one of the two you should begin with first.

The difference between old school and new school Brazilian Jiu-Jitsu is both huge and small at the same time.

As the name suggests, „old school“ came first. It’s most predominantly based on techniques that are focused on upper body submission holds, and it places a lot of importance on control. In that regard, it’s most commonly connected to Jiu-Jitsu in a Gi, which enables for greater control (and leads to submissions far less often than No Gi). One of the old school game representatives, for example, is the great Roger Gracie.
„New school“ Jiu-Jitsu, on the other hand, places much more focus on Leg Locks than its older sibling; as well as on more, as it’s colloquially said, „spinning stuff“. The Berimbolo, the whole 10th Planet system… It’s all new school, and it’s incorporated both in the Gi and No Gi scene alike.

One other, major difference between the two, is that old school places a lot more focus on real-life scenarios. Academies that predominantly follow this approach will put at least some focus on striking and punch defense, for example. Whereas the academies that follow the new school approach will be (for the most part) focused more on the preparation for tournaments; where techniques such as the Berimbolo (which has no self-defense utility) will be reinforced.

Now, there are occasional „clashes“ between the proponents of old school and new school Jiu-Jitsu. The main question of the whole argument is usually: „Which one is better?“
And the answer? It depends. And it doesn’t matter.

If you’re looking to focus more on the self-defense, real-life utility of Brazilian Jiu-Jitsu, then you should probably seek out an old school academy. And if you’re in love with the unorthodox movements that a part of BJJ offers, as well as with the prospect of reaching competitive heights, then your pick should probably be new school.

But here’s the thing: even that isn’t optional. The best option would be to do both old school and new school Jiu-Jitsu.

START WITH OLD SCHOOL AND THEN GO INTO NEW SCHOOL

Arguably the best approach would be to start with old school Jiu-Jitsu first. That way, you’ll get immensely introduced to the importance of establishing position before submission in BJJ; and you will learn how to actually preserve control over an opponent once you establish it.
Of course, you’ll learn heaps of upper body submissions, and (likely) some self-defense aspects that could come in handy.

Then, once you have these „basics“ down (which you can focus your whole BJJ journey on, as Roger Gracie did), you could turn your attention towards new school. You’ll be able to expand your knowledge to other fun techniques, such as Leg Locks and Berimbolos.
This is not to say that you shouldn’t learn these techniques right from the beginning, on the contrary. (Okay, maybe you shouldn’t be learning how to Berimbolo for the first few months.) But it could provide a structure for how you’ll go about incorporating these two schools of BJJ thought.

However, more than anything, just train. „Schools“ do not matter that much in the end.