When Is It Too Late To Start Training Brazilian Jiu-Jitsu? 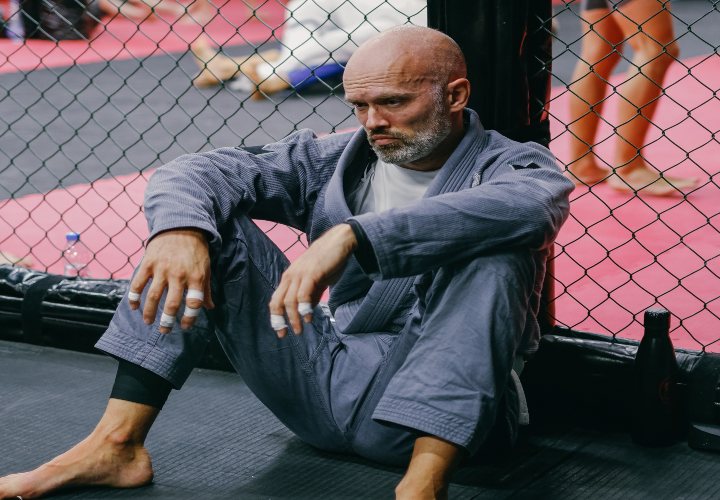 Perhaps you’re in your mid to late 20s. Or in your 30s, maybe in your 40s. Heck, you might be in your 50s – or 60s even! Whatever your age is, somehow you found out about BJJ, and you want to give it a shot.
However, you’re kind of worried… Isn’t it too late for you to start training Jiu-Jitsu? Aren’t you too old to begin with?

IT’S NEVER TOO LATE FOR BJJ

Let’s get one thing straight right off the bat. It’s never too late to start with BJJ. Sure, it might be better to start as early as possible (as it is with the majority of sports), but you shouldn’t let that stop you one bit!

People start – and continue – training at 20, 30, 40, 50, 60… Even 70 years old. They improve their technique daily, and become healthier with each training session. Therefore, if it’s just your age that’s concerning you, disregard it. It’s not too late.
However, there are other factors that may come with age; ones that you should take into consideration prior to your first training session.

It’s a fact of life that, as you get older, your risk factors for health increase. So, if you’re at that age when more people start experiencing problems with their heart, blood pressure, mobility, and similar… You should first see a doctor.
Go for an overall check-up. Do this in the case you already have some health issues, but also if you haven’t done any vigorous physical activity recently.

It may not be too late for you to start with BJJ, but you want to make sure that your health is on the right track.

When you start training, you first need to deal with the fact that your recovery rate won’t be as fast as it used to be when you were younger. You won’t be able to tie in 5 or 6 training sessions one after another, without feeling as if a train hit you.
So, you’ll need to put more effort into proper recovery. Make sure to sleep at least 8 hours each night (especially after training), to eat and hydrate properly, and to stretch after training. Add in a massage or two whenever you can, even if it’s self-massage.

Similarly, your conditioning won’t be as it used to be. You’ll struggle for breath and gas out faster than most of the young guns in your BJJ academy.
But be patient with yourself. As time passes, you will learn how to pace yourself – and your conditioning will improve. Sure, it may never be as good as it is the case for those teenagers… But you can be sure that it’ll be much better than it used to be.

And yeah, yeah. We’re sorry to break it to you, but the youngsters will probably progress faster than you. That is, because they’re recovering faster, because their conditioning is on point, and because (realistically) they don’t have as many obligations as you do… Sometimes it will seem as if you will never catch up with them.

But so what? A lot of people will start training Jiu-Jitsu, will have loads of talent for it, and will be able to wreck you in a second or two… And then they’ll quit. Or they won’t show up as much as they could.
That’s why, in the end of ends, the thing that matters most in BJJ is persistence. Just start training, and then keep going. Chances are that your skill will far exceed your training partners, as well as what you thought would be possible.