What’s The Right Mindset for Rolling with Bigger & Stronger Opponents? 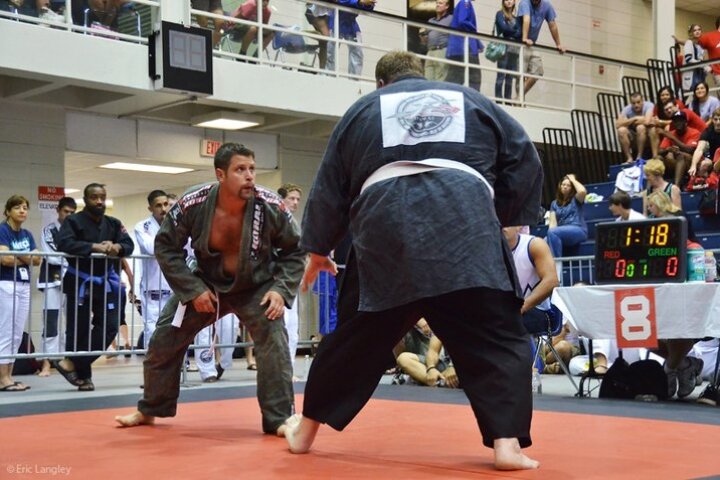 It’s not easy to roll with training partners and opponents who are bigger and stronger than you are. And, truth be told, it will never become a stroll in the park.
However, there are things that you could do to make the entire ordeal much more productive, to learn as much as possible from it. Namely, you’ll need to change your mindset about it.

CHANGING THE MINDSET WHEN ROLLING WITH BIGGER AND STRONGER OPPONENTS

Perhaps the most important thing that you should change about your mindset when rolling with these sorts of opponents is to stop feeling frustrated. For, if you feel frustrated, then you’re effectively blocking any chances for a productive learning experience.
Then, as you stop feeling frustrated, the next step is to approach the match with a sense of patience. Namely, do not go full-out immediately from the get-go. Instead, be patient with your attacks and attempt to feel out both the tempo of the match and your opponent’s game plan.

If you immediately go 100% against them, there’s a high chance that you’ll be worn out mid-way through. So, it’s a much wiser decision to get a better sense of how your opponent moves, what they’re trying to do… And then to use all that knowledge once they’re a bit more tired than they were at the beginning.

Nick “Chewy” Albin explains why your mindset should be like so on the video below: