What’s The One Drill Which Will Improve ALL Of Your Throws? 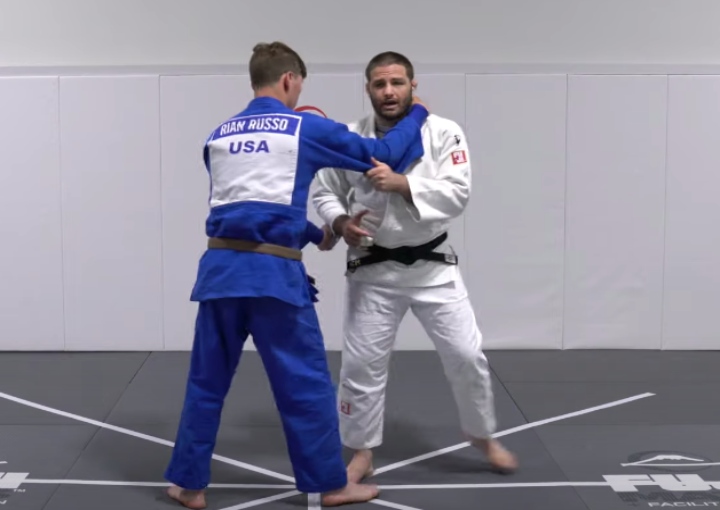 Be honest with us: are you really comfortable when going for a throw, or could you use a little bit more self-confidence? Just like in other aspects of the BJJ game, throws require you to fully dedicate yourself to them; but that’s quite difficult to do when you’re not confident in your throwing skill levels to begin with.
But there’s a way to develop the whole of this skillset. More particularly, there’s one drill which will help you become better in almost any throw that you can think of.

Travis Stevens, an Olympic Silver Medalist in the sport of Judo and a John Danaher BJJ Black Belt, demonstrates and explains this drill.

FIRST ONE THROWS, THE SECOND ONE DEFENDS

First of all, pay attention to the fact that Travis emphasizes that this drill should serve as a learning experience. You need to leave your ego aside; it doesn’t matter if you or your training partner succeeds. What matters is that this drill will serve you both as a skill and as a confidence booster – but only if you approach it with the learning mindset.

Also, as the drill is done with a partner, Travis says that one of you will be the person that throws, while the other one will be defending. The partner which is defending isn’t allowed to counter or to attack back, but only to give their best to avoid landing on the mats. Then, after a minute or so, you’re supposed to change roles.

With that cleared out of the way, let’s now take a look at how the drill looks like.

To begin with the drill, Travis explains that you – being the one who is practicing throws in this case – will start by setting up favorable grips on your training partner. What the „favorable grip“ term means is just what it says; you can set up any sort of a grip that you want. Whichever feels like the most dominant one, you can take it.
For example, Travis’s student goes for a collar grip at the neck and for the opposite-sided sleeve. Travis on the other hand, when it’s his turn to drill, reaches deep and grabs the student’s Gi at his back.

In other words, you’re free to establish any sort of a grip that you want! Once you do that, your training partner will do the same thing as well; they’ll try to solidify the best possible position, in order to be able to defend against your up and coming throwing attempts.

When that’s done with, it’s time to go! Try to throw them with your existing grips and they will attempt to defend with their own…

LEARN THE IMPORTANCE OF GRIPS – AND YOU’LL IMPROVE YOUR THROWS

And that’s the point! You can go for the throws only by using the grips you already have; you can’t reposition them. What this will teach you, Travis elaborates, is that you need to be very aware of the grips you’re using. It will make it clearer just how important it is to grip well for the success of your throws.
If you don’t get the right grips at the beginning, then your training partner will have better defensive grips – and you will have a much tougher time throwing them. Therefore,  you should practice this drill as often as you can, so as to make sure that you are developing the ability of aiming for strong and intentful grips.

All of your throws, as a by-product of this „grip and throw“ drill, will develop immensely. Watch Travis demonstrate it on the video below: