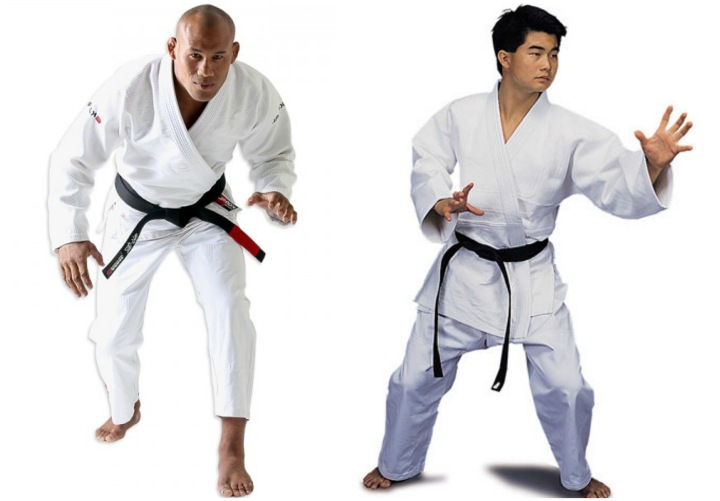 Jiu-Jitsu is effective because you can’t be a fake and train in this sport/martial art. The long hours spent live rolling means that you can openly test the effectiveness of your skills against a resisting opponent.
Going through the ranks is a long and tough process which weeds out the people who are not 100% comitted to to Jiu-Jitsu. Ryron Gracie  said that “Only 1% of people that train Jiu-Jitsu will get their black belt”. The questions we have to ask ourselves:  Is a black belt  in Brazilian Jiu-Jitsu the hardest black belt to achieve in all martial arts? And also, what sets it apart from black belts in other martial arts?

It will take you on average 10-15 years just to get a black belt in BJJ. That is a very long time compared to Judo or Karate which averages 5 to 8 years. This means that BJJ is one of the few martial arts where you know (or should know) close to the entire curriculum by the time you receive your black belt.

When you see a BJJ black belt with zero stripes on their belt, they have probably been training as long or even longer than for example a 5th Dan black belt in more traditional arts.

That does not mean that the new BJJ black belt has mastered the art of BJJ, but they have mastered the curriculum. Of course, black belt is still the beginning and they still have plenty to learn but it is more about refining the techniques.

Very often, when a BJJ black belts see an old technique shown by someone else who has experience, they get blown away by some new details that changes the whole aspect of the technique. That is how they refine the technique.

Most other arts have new curriculum to achieve each Dan rank. They are constantly learning new material for each rank such as nidan, sandan, yondan etc. BJJ practitioners are refining their techniques until they become flawless and efficient.

We should also add the constant live sparring (grappling) that BJJ black belts endure where they can refine their technique against fully resisting opponents.

All of this is what separates BJJ from everything else.