What’s The Best Way To Prepare For a High Intensity BJJ Competition Match? 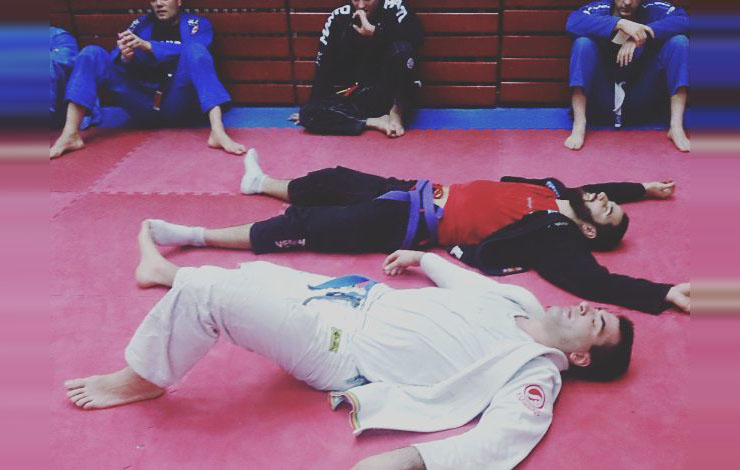 Much can be said about the various different types of preparation all designed to optimize an athlete’s performance at a particular event. But what is the ultimate cheat sheet for those on lower belt levels to uphold the stress and deal with adrenaline?

In jiu jitsu there are typically time limits in grappling fights, the proposed and widely accepted limits are: 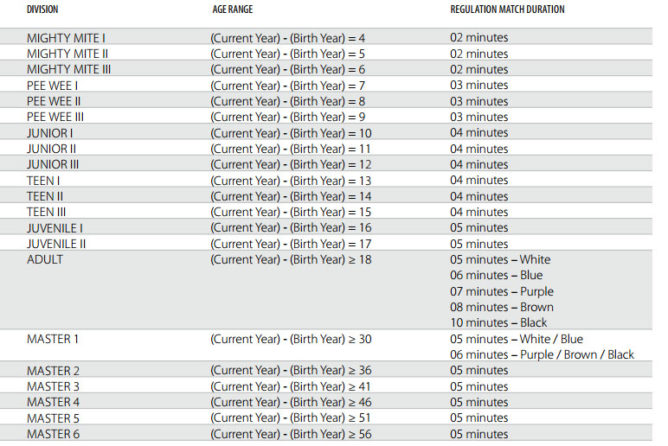 As you can see the average match length for grown ups, and dare we say older generations are often just 5 minutes. But are these guidelines actually optimized for age and skill and how do we make the most of them?

A very high percentage of people at any given academy are white belts and blue belts. Meaning the likelihood of a match lasting 5,6 minutes is very large. This is why one particular recent scientific research is very interesting.

A number of athletes was closely studied as they went through at least 2 matches per day in a competitive setting. The design of the study was such that matches were either 2,5,8 or 10 minutes long. As one would expect from a combat situations all resulted in elevated heart rates.

Although there was an increase in the post-match values vs. pre-match values for all duration values of combat, the HR values after combat did not differ among the matches of different duration.

In 10-min matches between black-belts, heart rate in the final phase of the combat (the eighth and tenth minute) was higher than in the initial phase (Franchini, et al., 2005).

But Heart rate values when normalized by effort time paint a different picture – and a  high cardio vascular demand was observed in the first minutes of the match across the board. This can be attributed to an adrenergic discharge resulting in a chronotropic response of the heart aiming to quickly increase cardiac output to maintain an adequate supply of nutrients and oxygen to active tissues concomitant with the removal of the metabolites produced during cellular respiration (Borresen & Lambert, 2008).

The lactate concentrations increased after combats of all durations; however, glucose increased only in the matches of a longer duration (8-min and 10-min matches).

In judo, athletes of a higher technical level have presented a lower glycolytic activation during the combat (Franchini, Artioli, & Brito, 2013). However, in Brazilian jiu-jitsu, the technical factor seems to exert direct influence on this variable, as advanced athletes (brown-belts and black-belts) did not differ from non-advanced athletes (blue belts and purple-belts) (Silva, et al., 2013).

The next phase of research clarified that when we normalize the scores by effort time we actually get a greater activation observed in shorter matches. This is particularly interesting because – the values may be considered strongly anaerobic for the 5-min matches and only mildly anaerobic for the 8-min and 10-min matches.

Athletes must be trained to sustain a high anaerobic release in the five minutes of a match and to be able to keep the pace thereafter if needed, relying more on the oxidation system, despite the metabolite accumulation resulting from the anaerobic solicitation in the beginning of the match. Thus, athletes should be exposed to high-intensity intermittent exercises relying heavily on anaerobic energy systems to be able to execute sport-specific technical actions under conditions of fatigue. High-intensity matches similar in length to official competitions should be prioritized, with intervals between fights similar to those established in competitions or long enough to provide full recovery for athletes.

So to make your white or blue belt match count, you will need the skill but scientifically speaking you will also need to make sure you regularly practice high intensity anaerobic exercises as to simulate conditions where your body’s demand for oxygen exceeds the oxygen supply available. This type of energy relies on energy sources stored in the muscle and not dependent on oxygen from breathing the air.