What’s Harder: Getting A Black Belt In BJJ or Becoming A Doctor? 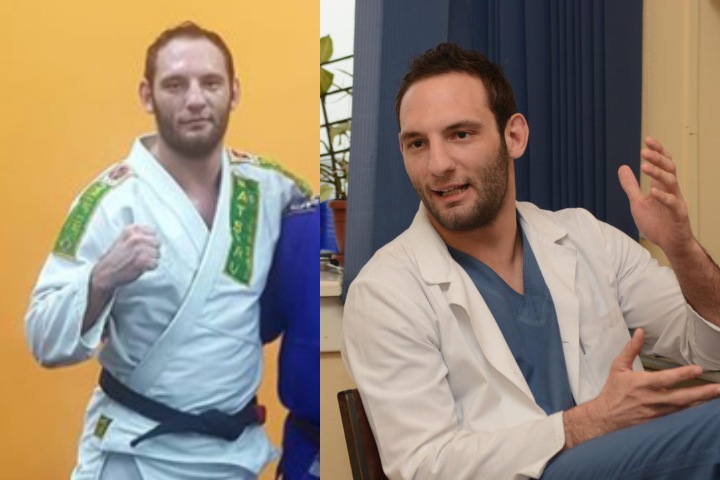 Jiu-Jitsu is effective because you can’t be a fake and train in this sport. The long hours spent live rolling means that you can openly test the effectiveness of your skills against a resisting opponent.
Going through the ranks is a long and tough process which weeds out the people who are not 100% comitted to to Jiu-Jitsu. Ryron Gracie  said that “Only 1% of people that train Jiu-Jitsu will get their black belt”.  Is a black belt  in Brazilian Jiu-Jitsu the hardest black belt to achieve in all martial arts?

If we look at other martial arts like Karate, Taekwondo, or Judo, it seems that the average time to achieve the black belt for a regular practitioner is around 4-5 years. The problem is that many traditional martial arts have adopted a MCDojo model and promote kids to black belt really easily. Compare that with a regular practitioner in BJJ and you’re looking at 8 to 14 years in some cases. Of course prodigies get theirs in much less time but that’s a different story. Some martial arts do not have a belt system and are also quite tough (getting certified by Dan Inosanto in Jeet Kun Do I hear is really tough). So it is safe to say that a black belt in BJJ is a big achievement in itself. We can’t say for sure if it the hardest belt to achieve in all martial arts (there are so many styles) but it for sure ranks ranks among the hardest belts to achieve.

Now how does getting a black belt compare with becoming a doctor?

The requirements for becoming a doctor in the U.S. may vary by specialty. In general, doctors complete a 4-year undergraduate degree program, spend 4 years in medical school, and then complete 3-7 years of residency training before they are eligible for medical licensing. That means that the time spent is roughly the same as for a BJJ practitioner to become a BJJ black belt.

Realistically, for a smart, hardworking person, it is not very hard to become a doctor. Becoming a doctor is relatively the easiest part. Go to school, do well on your exams, get good grades, do some more time in medical school, graduate and done, you are a doctor. The hard part is what comes next after you become a doctor.

Dr. Mike Piekarski is a BJJ black belt and a doctor. In this video, he answers the question:

What’s Harder: Getting A Black Belt In BJJ or Becoming A Doctor?