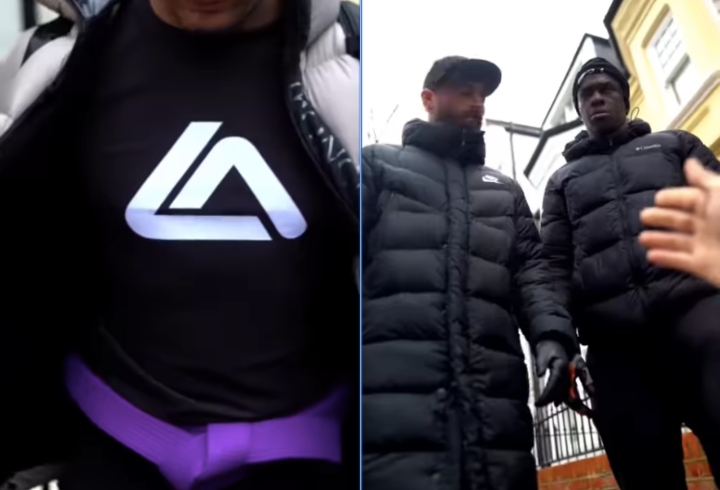 A lot of Brazilian Jiu-Jitsu practitioners start training because they want to learn how to defend themselves. The sport aspect of the Gentle Art doesn’t start interesting them until much later. After they start feeling comfortable in being able to hold their own against people who don’t train.
But even then, even after you learn how to defend yourself… You shouldn’t go head-first into unpleasant situations. As the saying goes – most of the time, playing heroes isn’t a good idea.

Pulling guard in the grappling world is often ridiculed by Wrestlers and Judo players who see it as a cowardly tactic when facing someone in an altercation.

The reality is that nowadays in a BJJ competition match, with the current rules of sport BJJ, you can actually win matches with very little knowledge in the takedown department.

What Really Happens When You Pull Guard in The Street

Can the same be applied to self defense?

In this comedy video, James Smith, a BJJ purple under Roger Gracie made a hilarious parody of what happens if he were ever to get mugged in the street: