What Should You Do If Your BJJ Instructor Doesn’t Like You? 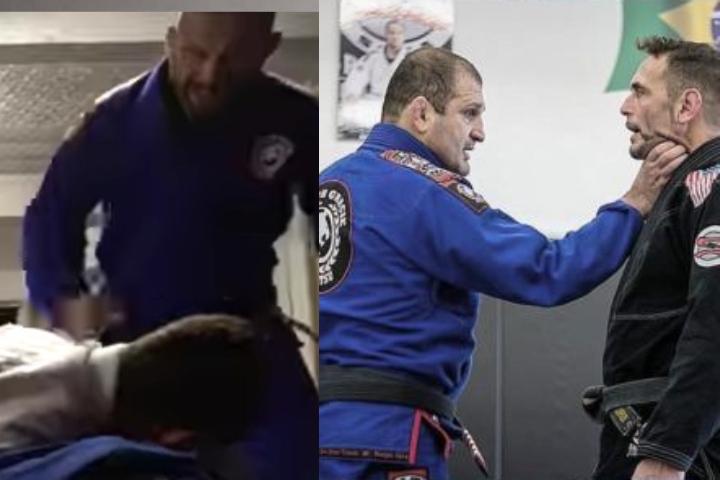 Not everything will be sunshine and rainbows in your BJJ journey. Your progress will stagnate, you’ll lose matches in competition, there’ll be injuries, you’ll have feuds with your training partners… But, even more so, at some point you may come to believe that your BJJ instructor doesn’t like you all that much.
What should you do when this happens? There are a couple of options.

It’s easy to put blame on other people. But if you wish to train Jiu-Jitsu for a long time, you should check yourself first.
Before blaming your BJJ instructor for anything, ask yourself: „Am I being a spaz when I roll? Do I injure my training partners?“ Regardless of the answer, go forward with: „Do I pay attention in class, or do I daydream when the instructor is showing something? Do I treat him and other students with respect?“

Disrespect, in its various forms, coupled with being an unfocused spaz… Is enough for both your BJJ instructor and your training partners to begin disliking you.

Are you a fresh white belt? Or maybe you just moved to a new gym? A lot of BJJ instructors have a lot of stuff to think about already; how to keep their business running, how to improve it, what to teach and how to do it in an effective way… But also, they’ve got to remember a lot of student names.

So, if you’re new, the chances are that they simply won’t remember your name for a while! It’s not that they dislike you, don’t take it personally. Just deal with the fact that some time will have to pass first and that you’ll have to be consistent with training; until you’ve been there for long enough so that your instructor knows your name.

HE’S JUST THERE TO DO HIS JOB

Listen. Your BJJ instructor might not be one of those „friendly“ instructors who like to joke, hang out, or even talk to their students a lot. It may be the case that he’s there to simply do his job and leave.
He’s, strictly speaking, a professional – and doesn’t want to mix his private and coaching life.

Would it be better to have a BJJ instructor who’s a bit more approachable? Maybe. But, yet again, don’t take it personal – it’s just the way your instructor is „set up“.

IS IT A FORM OF BANTER?

Let’s say that you’re training in a BJJ academy where, overall, there’s a friendly, warm atmosphere. Everyone’s joking around and everyone’s relaxed… But your instructor begins to pick on you – he’s calling you names, laughing when you fail at executing a technique, rolling his eyes when you get submitted for the 100th time in a single roll.
Well, despite what it may look like on first sight, this behavior may simply be a form of banter.

Many social groups operate this way, where there’s mutual teasing of members between each other; especially of newly acquired members. This strengthens the group’s cohesion, and is done in good nature.
So, before you come to an opinion that your BJJ instructor is picking on you, realize that this may be a sign that you finally became an integral part of the team.

IS YOUR BJJ INSTRUCTOR INSULTING YOU?

If all of the above-mentioned fails, and it seems that your BJJ instructor is plainly insulting and belittling you, then it may be the time to find an another academy to train in.
Don’t stick around instructors with inflated egos. There’re other BJJ academies out there – and your love for BJJ is most important.