What Should BJJ White Belts Focus On… If They’re Terrible In Jiu-Jitsu? 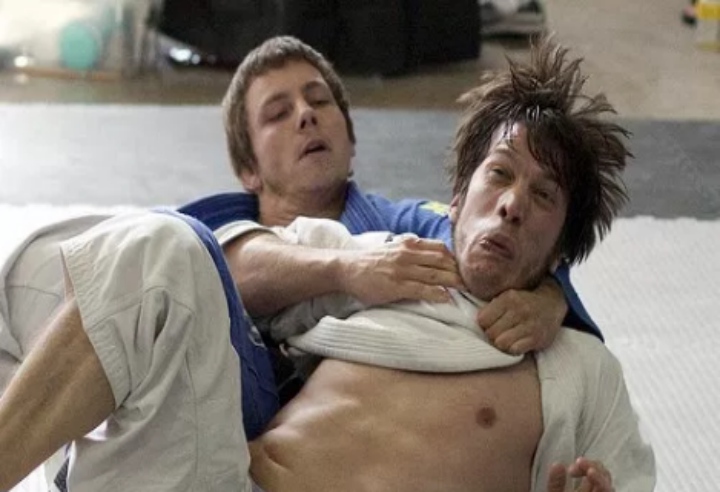 Your BJJ journey might not get off to a good start. Unless you’ve been involved in some other form of grappling (such as Wrestling or Judo) and if you aren’t extremely talented, then your Jiu-Jitsu will probably suck.
So, what should you do? What should all white belts with sucky Jiu-Jitsu focus on to become, well… Less terrible in BJJ?

Here are 5 things that will help.

Have you read the headline above? Read it again. It’s important that it stays engraved inside your mind, because no other advice will work unless you invest more mat time.

And the truth is that almost all white belts need to spend more time training! One thing that will become obvious to you, as you climb through the belt ranks, is how a lot of beginners start off hot… But then, as time passes, they start turning up less and less.
With less training comes less progress, and with less progress comes more frustration – that inevitably leads to these white belts dropping Jiu-Jitsu altogether.

So, if there’s just one piece of advice you’ll take from this article, take this one: train regularly, and train as much as you can.

GET SUBBED AS LEAST AS POSSIBLE

If you’re a beginner and your Jiu-Jitsu sucks, then chances are that you’re focusing way too much on submissions – and way too less on proper defense. You need to switch this ratio around and focus on getting tapped out as least as (white-beltishly) possible.
To do so, you’ll need to pay attention on three things.

First, drill basic escapes as much as possible. The basic Mount, Side Control, North-South, back escapes… They will all serve their purpose to black belt and beyond.
Second, make fewer mistakes with each training session. This is easier said than done, but all white belts need to get rid of unattainable perfectionism; and just focus on making less mistakes.
Thirdly, notice the setups and the patterns. Every submission is set up in a certain way, and your every training partner has a pattern to setting it up.

If you can figure out how the submission is set up, then you’re more likely to prevent it from happening.

When the instructor is explaining something, don’t look around. Pay attention to what he’s showing. Also, when you’re drilling a technique, focus on getting it done as perfectly as possible. Don’t think of other stuff except about the task at hand.
Furthermore, really think about what’s being shown and about what you’re doing. What are the details that could improve your technique? Ask your instructor.

Unless you’re some sort of a genetic freak, your first time doing the Hip Escape won’t look pretty. And neither will all of the other basic movement patterns which are required for BJJ progress. But that’s the whole point; you need to improve in these basic Jiu-Jitsu movement patterns, as they’re necessary for body awareness in grappling!

As soon as you improve in these basic movements, you’ll notice that your BJJ will begin improving a whole lot.

And lastly, a lot of white belts make the mistake of thinking that they should improve by leaps and bounds every week. That’s just not the case in Jiu-Jitsu.
Instead, focus on getting 1% better each training session. This is a goal that’s quite attainable, which’ll keep you going for a long time… Read more about it in this article!