What Should a BJJ Practitioner Do in a Street Altercation? 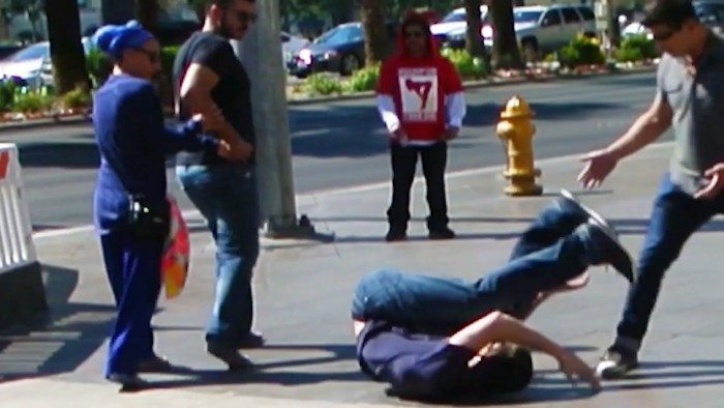 A lot of jiu jitsu practitioners started training BJJ because they wanted to feel more secure in their own skin if the need to protect themselves arises. And it is true: the self-confidence that comes with BJJ, in regards to being capable of defending oneself in a street fight, is real.
However, what are some of the rules that a jiujiteiro should follow if he/she does get into an alteration?

The first rule is to try and evade any potentially dangerous situations. Remember: most of the fights are avoidable, there is nothing to prove. Your well being is much more important than responding back to that intoxicated guy in the bar.

Avoid fighting at all costs, unless you need to protect yourself or your loved ones. This couldn’t be more true than in a multiple attacker scenario: if there are more of them, the best defense is always – sprinting.
However, if you have nothing else to do but to fight back, DO NOT get on the ground. Being on the ground in order to either submit or ground and pound is a recipe for disaster, as you will almost definitely be stomped, kicked and attacked from too many angles.

Instead, focus on your stand-up and striking skills. If you feel that you lack striking skills, then by all means join your local boxing/kickboxing/muay thai/contact striking gym and train.
BJJ is a wonderful sport and a very useful one. However, in a scenario when there are multiple attackers present, the best thing (again, after walking away) to do is to rely on striking.

If there’s only one attacker present and you feel comfortable with your BJJ skills, there are a couple of rules you need to follow:

1) Look out for concealed weapons. Before getting into a full-scale fight, look whether the person has any concealed weapons on them. Look out for bags and pockets in which they might have something inside. If you’re not sure and it seems that they do carry something, then by all means run. But, if that is not an option or they don’t have anything, then aim to take them down – if that makes sense, due to the particularities of the situation you’ve found yourself in.

2) Establish control: the back is the best option. It is important to establish and maintain control over your opponent.

The safest place to do so is on their back, where you are in a minimum danger of getting punched, kicked and injured. Also, this control is the safest one to use in order to submit someone with the rear naked choke – the highest percentage submission of them all.
In other words: if you try to triangle, armbar or leglock someone, you risk being bitten and kicked – whereas with the rear naked choke, there is less chance of this happening since your choking arm is concealed beneath their chin and since you are in total control over them.

3) Be careful when applying submission techniques. The last thing you want happening is getting sued for inflicting a serious injury on someone.
When applying techniques, don’t go all the way. Do them just enough to calm down the other side and maintain control over them. If they are smart enough, they’ll calm down – and if not, you will be able to apply just about enough pressure in order to finish them.

And above everything else, remember: a lot of fights happen because a person isn’t willing to back down themselves. Be a smarter fighter and avoid the fight whenever you can.